Dinesh Karthik has a heart to heart with Cricbuzz and opened up about a deep feeling. He spoke about how he felt when CSK picked MS Dhoni over him during the first Indian Premier League auction.

Obviously, Dinesh Karthik wanted his home stare to pick him. Unfortunately, it was MS Dhoni whose name was picked. Karthik talks about how Dhoni did not tell him about this. However, he adds that there is a possibility Dhoni himself did not know. Nevertheless, when this happened, to him it felt as though a dagger had been pierced through his heart.

“The first name I saw picked (by CSK in the first IPL auction) was MS Dhoni, for 1.5 million. He was sitting right down the corner from me. He didn’t even tell me a word that he was going to be picked by CSK. I guess he didn’t know, but that was the biggest dagger to my heart.”

As of now, Karthik has represented six IPL franchises. He started with Delhi Daredevils. From there he moves on to represent Kings XI Punjab, Royal Challengers Bangalore, Mumbai Indians, Gujarat Lions, and Kolkata Knight Riders. 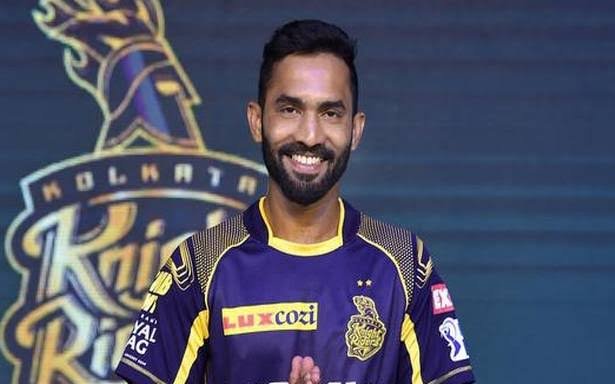 The player still awaits his call from Chennai Super Kings

To his dismay, he still has not received the call from Chennai Super Kings. He says that he has been waiting for 13 years now. On the other hand, his teammates such as Ravichandran Ashwin and Murali Vijay have had the luck to play with Chennai Super Kings.

“Then I thought they’re going to pick me later. But it’s been 13 years and I’m still waiting for the elusive call from CSK.”

Dinesh Karthik has been an on and off addition to the national team of India throughout his career. He has played a second fiddle to MS Dhoni for during the better part of his career.