One of the first topics they spoke about was how Danielle and Anushka have been wonderful life partners for Villiers and Kohli. Villiers even mentioned how his kids wanted to be a part of the live session to talk to “Uncle Virat”.

Another instance was towards the end of the live session. Anushka comes into the rooms and switched on the light. Virat Kohli very lovingly addressed this gesture and said “Thanks, my love”.

Furthermore, the duo discussed about how they can make a difference during these difficult times. One of their main concern is putting food on the table for those cannot afford it. To do this, they bring back back the memories of the Green Game which was between Royal Challengers Bangalore and Gujarat Lions during Indian Premier League 2016.

“The plan now is to get our kits to go for an online auction, the green kits would go for auction, people can go and bid and all the proceeds will go the COVID-19 fund and it is a cause which will provide food to the maximum number of people.”

Both, Kohli and Villiers scored 100 and the game was to raise awareness for environment sustainability.

“In 2016 IPL match against Gujarat Lions, we both scored centuries, it was a good partnership, it was an enjoyable one, I got 120 odd and you got your hundred towards the end, it was the Green game, we did our bit for creating awareness about the environment.”

To raise funds, they decided to put Virat Kohli’s bat and gloves from that game and AB de Villiers’s jersey and bat from the game up for auction. 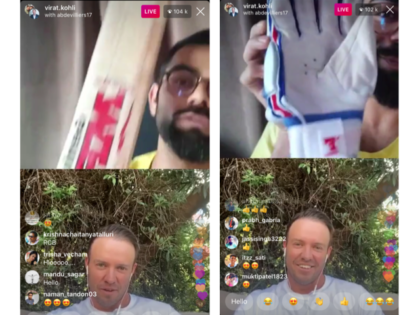 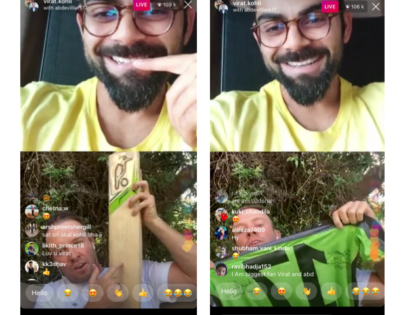 The funds will get divided between the Kohli and Villiers’s foundations and be used for both India and South Africa.