Indian fast bowler Ishant Sharma posted a hilarious video on his Instagram where he can be seen playing indoor cricket. His teammates Virat Kohli and KL Rahul couldn’t stop themselves from posting funny comments on the video.

The coronavirus outbreak has created havoc in the world. The cricket fraternity also had to bear the brunt of the COVID-19 as the tournaments and series have either been suspended or canceled indefinitely.

Therefore, like all the other citizens, cricketers are also spending their time at their respective homes while practicing self-isolation and social distancing. The cricketers have been indulging in various indoor and online activities to pass their time in the lockdown. The new addition to this list is Ishant Sharma.

On Wednesday (April 15), Ishant Sharma uploaded a funny video on his Instagram handle. The pacer donned the helmet, pads, and gloves for playing but ended by reading a book in the living room.

He named this unique game as book cricket and asked all his fans to participate in this challenge.

Here’s the video by Ishant Sharma

He posted the video with a caption, “It’s been a while since I’ve been on the field and now I’m missing it more than ever. So when Rohan Joshi challenged me for the #5StarDoNothingOutside challenge I wanted to show everyone what’s closest to my heart but with a twist. If you think you recreate an outdoor sport at home in a fun, hilarious manner participate in the #5StarDoNothingOutside challenge and win exciting gifts and grocery vouchers worth Rs 10,000. @cadbury5star_india”

This hilarious video also left Ishant Sharma’s Indian teammates in splits and they left humorous comments on his video.

Indian cricketers Virat Kohli and KL Rahul took a hilarious jibe at the fast bowler for making posting such videos. 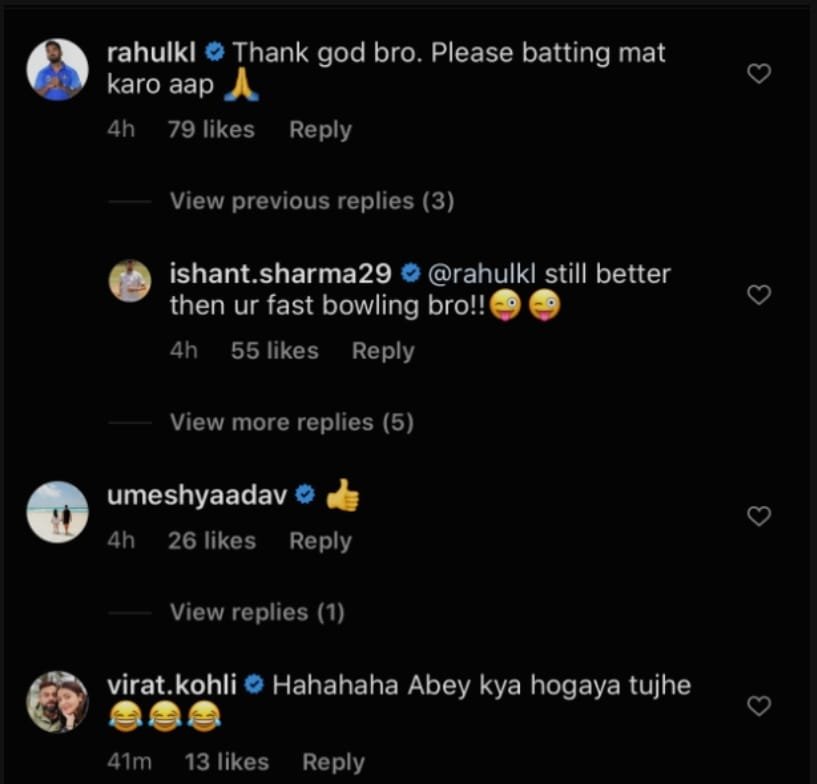 The government has extended the lockdown in the country till May 3. Therefore BCCI has officially confirmed that the IPL 2020 has been postponed for an indefinite time. Ishant Sharma was supposed to play for Delhi Capitals in the 13th edition of the Indian Premier League.