Indian cricket team captain Virat Kohli is taking care of his fitness even in these difficult times. The game of cricket has been suspended for over two months now in the wake of the coronavirus pandemic. As a result, the cricketers are spending their time at their homes while being in self quartination. However, this hasn’t stopped the Indian captain from working hard on his fitness.

Virat Kohli is a big supporter of physical fitness. He always lays stress on the importance of fitness in one’s life. In this lockdown also, he is strictly following his fitness routine and is trying to exercise in his home gym. The cricketer often shares his workout videos on his social media account to motivate others.

Recently, Kohli shared a video of him trying “180 landings” exercise for the first time. In the video Virat can be seen landing on his feet after jumping 180-degree on the other feet. Though it was his first time trying this exercise, he totally aced it.

Virat posted his workout video on his twitter handle with the caption, “My first shot at 180 landings. Top exercise,”

This is not the first time Virat has shared his workout video with his fans. A few days back he uploaded a video on his Instagram handle in which he can be seen lifting heavyweights. The video was much appreciated by the netizens and Kohli also received praise from his Royal Challengers Bangalore’s teammate AB de Villiers.

Earn it. Don't demand it.

Not only Virat, but many other Indian cricketers are also sweating out in the gym to maintain their fitness. One such cricketer is former Indian spinner, Harbhajan Singh. Harbhajan Singh recently shared a video of his workout on his Instagram account. However, it was Virat Kohli’s comment on that post that attracted the fans. 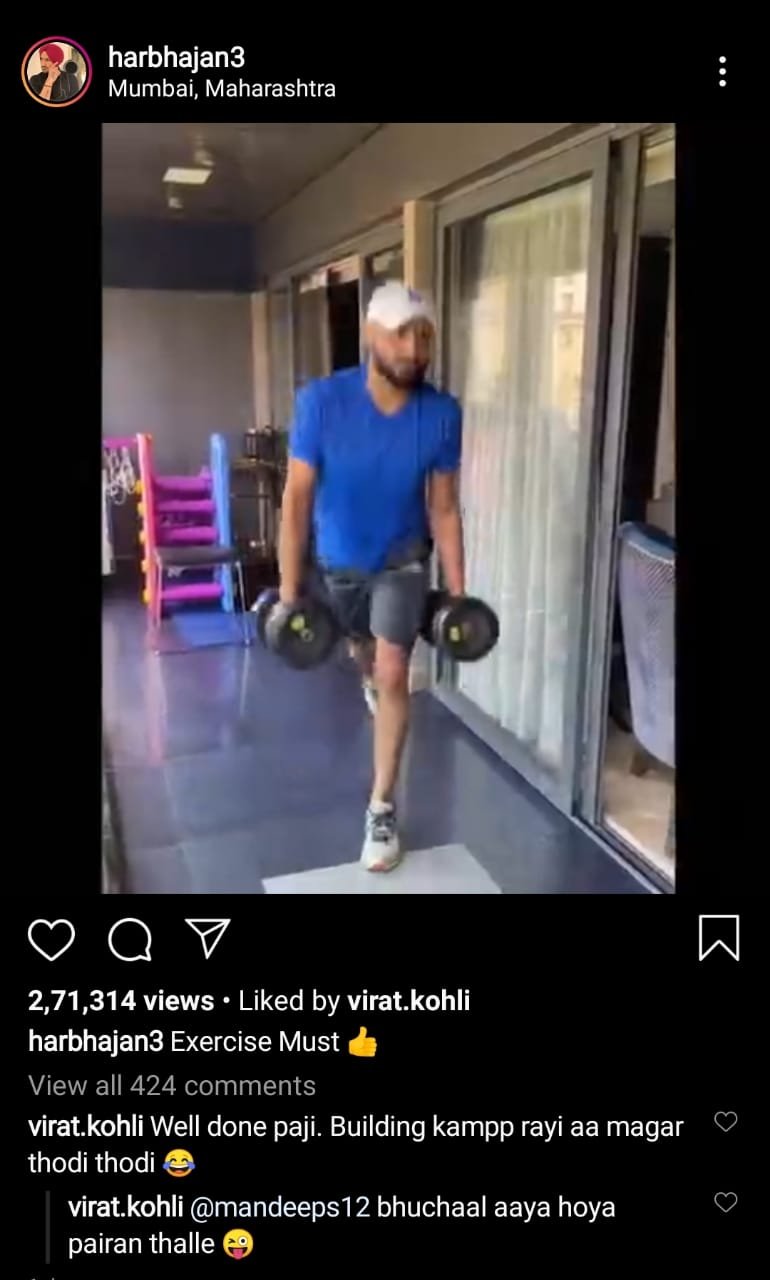