The Stool Gate Controversy: Did Yoel Romero Pull Off a Dirty Trick

Joe Root, the England team captain, makes it clear that the team will taking precautions due to Coronavirus. As a precaution, the team will not be indulging in handshakes during the upcoming Sri Lanka tour. The match between the two countries will be playing two Test matches.

Joe Root explains the precautions the team is taking

Currently, the team is preparing for departure and Joe Root expresses his concerns about the virus and the precautions the team is taking. The skipper makes it clear that the team will greet each other with fist bumps instead of handshakes. The England players suffered from a series of flu and gastroenteritis during the recent South Africa tour. The players had suffered during the opening test and before it as well. The main concern is to keep the physical contact to a minimum. The medical team of the squad is giving the majority of advices. 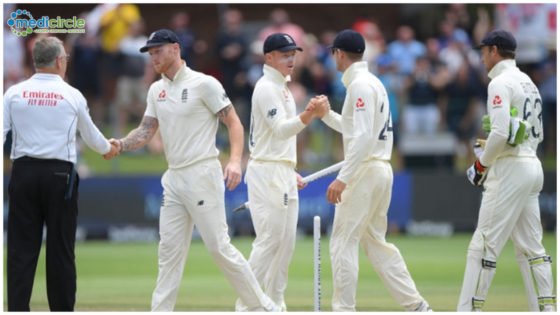 “After the illnesses that swept through the squad in South Africa, we are well aware of the importance of keeping contact to a minimum and we’ve been given some really sound and sensible advice from our medical team to help prevent spreading germs and bacteria.”

The skipper went onto say that the players are using anti-bacterial wipes and are washing their hands regularly.

“we are washing hands regularly and wiping down surfaces using the anti-bacterial wipes and gels we’ve been given in our immunity packs.”

The series will proceed according to plans

On top of that, Root says that till now there is no confirmation on whether the tour will be the recipient of impacts or not. However, until now the plans are to proceed with the Sri Lanka your as planned.

“It is an evolving situation so we are in regular contact with the authorities and will proceed as advised, but at this stage we fully expect the tour to continue as planned.”

This Test series is due for the 19th of March at Galle. The series will be a part of the ICC World Test Championship.