Jofra Archer will face the West Indies cricket as an Englishman in a three-match test series starting from July 8 in Southampton. The Barbados-born fast bowler became a part of England’s squad after the change in rules for the 2019 World Cup. Since then he has played a vital role for the England Cricket team in all the three formats of the game. Archer has picked up 30 catches in Tests, 23 in ODIs and 2 in T20s.

The pacer has represented the West Indies in the U-19 team in 2014. He acquired eligibility for playing for the English side in 2014. However, the West Indies players have cleared that they will treat Archer just like another English cricketer while being in the match field. A few days back, West Indies pacer Kemar Roach had warned Archer saying that there will be no friendship with him during the series. 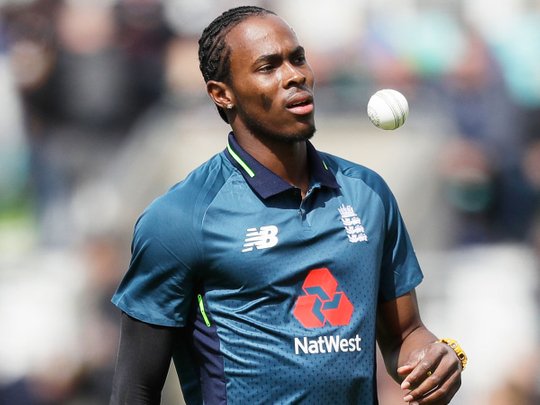 Now, West Indies test captain, Jason Holder supported Kemar saying that friendship with Jofra would only be limited to outside the cricket field. While representing the West Indies, he is just our opponent and we will treat him like other English players.

Holder said on Good Morning Britain, “Archer is English now. I think Kemar Roach had an interview yesterday and he spoke about the same thing. You know we are friends off the field. But when we cross that line you just see him as another Englishman. I am sure even he must be looking to knock our heads off.”

On being asked about the ongoing protest against racism and the movement ‘Black Lives Matter‘, Holder informed that the team is solidarity to the movement on July 8. He added that it is time for us to unite and come together as one.

Jason Holder revealed, “As a team, we will show our solidarity to the movement. We had a few discussions and come July 8th, we will show our support. I’ve been following it quite closely. I’ve seen many opinions on the matter and what should be done and what can be done. It’s a perfect opportunity to effect change. One of the things that stand out is unity. We need to unite and come together as one.”