Former Indian all-rounder Yuvraj Singh made history in the 2007 T20 World Cup. The incident of Yuvraj hitting 6 sixes in an over is still etched in the memory of people. In a match against England, Yuvraj hit Stuart Broad for six sixes which almost finished the latter’s career. In an interesting match between England and India in the T20 World Cup, Yuvraj scored 58 runs in 14 balls. This proved to be the difference between the two sides as India won the match by 18 runs.

After the 13 years of that incident, Yuvraj Singh revealed what prompted him to hit those massive sixes. During a BBC podcast, Yuvraj recalled that his duel with Andrew Flintoff was one of the reasons for him going berserk against Broad. He added that this is also a kind of revenge as a few days back, he got hit for five sixes by an English batsman Dimitri Mascarenhas.

Yuvraj said, “Freddie was just being Freddie – he said a few words, and I said a few words back. I was just happy the six sixes came against England. Because I got hit for five sixes by Dimitri Mascarenhas a few weeks earlier in an ODI. When I hit the sixth six, obviously the first look was at Freddie but the second look was at Dimitri, who gave me a smile.” 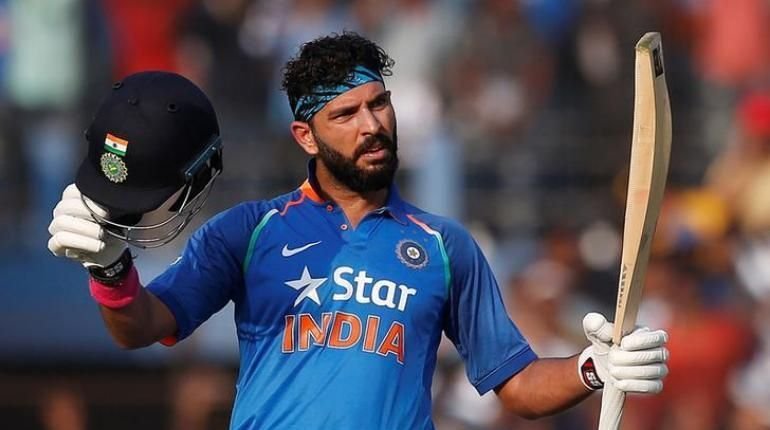 Chris Broad made me sign a jersey: Yuvraj Singh

Yuvraj also recalled an interesting conversation that followed on the next day with the father of Stuart Broad, Chris Broad. Chris was a match referee in that tournament and happened to meet Yuvraj the next day. The legend admitted that Chris told him to sign a jersey Stuart as he almost finished his son’s career. He gave his signed Indian jersey to Chris and wished him all the luck for his son’s future.

Yuvraj revealed, “His dad, Chris Broad, is a match referee and he came up to me the next day and said ‘you almost finished my son’s career and now you need to sign a shirt for him’,”

Yuvraj Singh Trolled for his “bhangi” Comment on Yuzvendra Chahal