“Black Jesus in the Flesh”: LeBron James’ Crazy Fanboy Moment When He Met Michael Jordan for the First Time

Yuzvendra Chahal and Rohit Sharma share a great bond both on-field and off-field. There have been several incidents that have proved the strength of their friendship over and over again.

There have been numerous moments when Rohit Sharma and Yuzvendra Chahal have shared hilarious conversations on “Chahal TV”.

In fact, one of the reasons why the Indian players are praised for their brotherhood is how they can roast each other without getting on anyone’s bad books. An example is when Rohit Sharma compared Yuzvendra Chahal to a funny Bollywood character. He did this during a live Instagram session with Jasprit Bumrah. 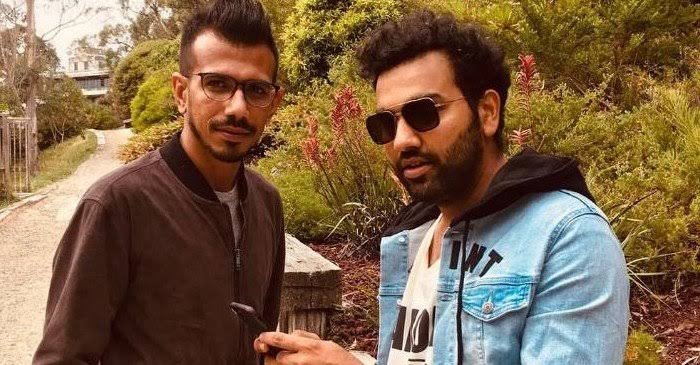 Not only is Rohit Sharma making this comparison, but also Indian skipper Virat Kohli. During a live session with AB de Villiers, Kohli referred to Chahal as an “absolute clown”.

Now, Yuzvendra Chahal comes forward with a funny story about Rohit Sharma. During an interview with Cricbuzz, the Indian spinner said that usually Sharma’s nickname is “Ro-hit” or “hit man” because of the way he tackles all deliveries. However, there is another nickname that not everyone is aware of.

Chahal reveals “Rohita” is another nickname and he is one of the people who refers to Rohit Sharma using this name. Furthermore, he goes on add how this nickname came into existence.

It was actually a senior who had Sharma’s contact number saved as “Rohita” and when this was disclosed, Chahal decided to use this to refer to the Indian opener.

“There is one senior cricketer who had saved Rohit Sharma’s name in his phonebook as ‘Rohita’. So, when he revealed the same to me since then I’ve been calling him as Rohita.”

Yuzvendra Chahal has been a part of the Indian squad in 42 T20Is and 52 ODIs. During this he has bagged  55 wickets and 91 wickets respectively.