It was the best day so far for the Indians in the 2014 Asian Games in Incheon. India added 11 medals to its medal tally to finish at the 11 position in the medal tally. Hopefully, on day 9, more medals come India’s way and it goes up in the medals tally

Archery was the biggest winner and contributed most to the medal tally today. India won first-ever gold in archery in men’s compound event.

The women’s compound team beat Iran to bag a bronze.

Squash was next biggest winner as Indian men’s team beat Malaysia 2-0 to win first ever gold medal in the event while the women’s team lost to the favorites Malaysia to settle for silver. 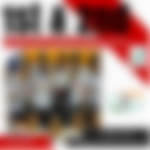 4. BRONZE CONTINUES TO COME IN SHOOTING:

It was a mixed day for India in Wrestling, as men disappointed in lightweight categories, while Vinesh Phogat and Geetika Jakhar clinched bronze in their respective events.

Later in the day, India added a silver and a bronze to its tally as Bahrain’s Ruth Babet was disqualified in women’s 3000m steeplechase. Lalita Babar, who initially won bronze, got the silver while Sudha Singh took bronze after finishing fourth.

The Men’s Hockey Team came up against a defiant China and failed to score in the first half. But in the 3rd quarter, the team scored 2 goals and then defended well to keep the scoreline to 2-0. VR Raghunath and Bijendra Lakra were the goal scorers.