The ‘Will’ That Makes Roger Federer The Champion He Is 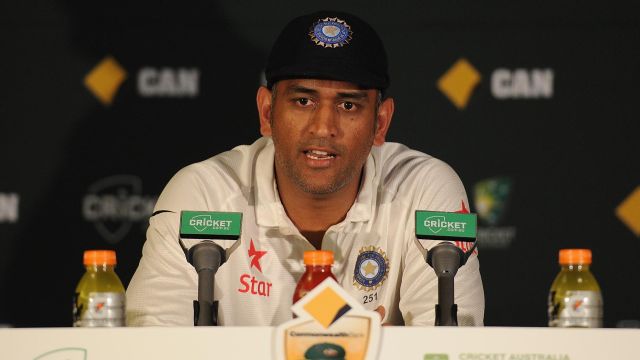 The Indian skipper and the captain for Chennai Super Kings, Mahendra Singh Dhoni finally breaks the silence on the IPL spot-fixing scandal on Sunday, stating that he does not expect the speculation around his name to stop anytime soon despite the fact that nothing concrete came up against him.

He has kept his cool irrespective of his name constantly being flashed in the media in a rather controversial manner. There is a wild speculation about him being among the yet-to-be-released list of 13 players, who have been indicted by the Justice Mukul Mudgal Committee in the IPL spot-fixing and betting scandal.

The Apex Court convicted Gurunath Meiyappan, a CSK team official and a “cricket enthusiast”, and Rajasthan Royals co-owner, Raj Kundra for the betting case while the charge against N Srinivasan stands “not proved”. However, Srinivasan has been banned from contesting BCCI’s Presidential Election.

“I know one thing, irrespective of what is there, when it comes to Indian cricket, my name keeps popping up. Now that this has been settled, something new will pop up. It keeps popping up. I am quite used to it,” Dhoni said before the match against Australia on Monday.

“If there is nothing, some speculative story comes up, big or small. I have to keep dealing with all these things. It is the end of one story, something else may start in a couple of days’ time,” added Dhoni.