IN PICTURES: Alexander Zverev’s Road to the US Open 2020 Finals

There is a lot of debate in the Fortnite community about players using controllers. While most of this is due to the advantage gifted by aim assist, KBM players argue that they have more to do. 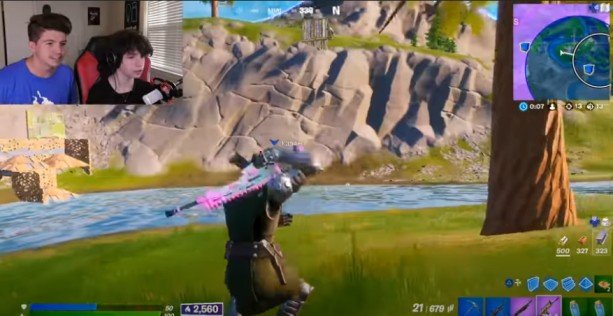 In all fairness, both devices have several advantages over the other. In recent times, the qualifying rate in tournaments has substantially increased for controller players. However, being a controller player isn’t easy. There are numerous variables one has to consider, especially the quality of the controller.

An expensive or cheap controller for Fortnite?

Most cannot afford a $100 controller from the get-go. Players tend to start off with a $10 controller. While they might look easy to play with, they are not.

Recently, TBNRFrags made a video that showed the difference between a $100 controller and a $10 controller. Firstly, players need a good knowledge of how to claw or four-finger-tap with a controller. Furthermore, these $10 controllers are often tough to use because of their design.

The video has made it clear that price matters. The $10 controller looked amazing because the player knew how to move, aim, and shoot at the same time. But it can become quite a burden to build with controllers. It takes a lot of practice to get used to the keybinds. The most problematic issue in $10 controllers is to edit/confirm a build change.

Fortnite, to its credit, offers a substantial amount of aim-assist for players who are on console. Thus, aiming and shooting might become easy and less complicated. Even so, Fortnite definitely needs a decent controller which is not too expensive.

What are the advantages of an expensive controller?

Fortnite is a building game in Battle Royale format; thus, players cannot forget the building aspect. This is why cheap controllers don’t cut it. Naturally, with expensive $100 controllers, the gameplay becomes smoother. Movements are easier; switching from pickaxe to gun is more effortless. In addition to this, a costly controller also has vibratory senses. This allows the player to be in tune with the game.

Building with a $100 controller is much easier than it is with $10 controllers, and there is a range of keybinds players can choose from to maximize their building potential.

Fortnite is a game that can be mastered both on a $10 or a $100 controller, but it is best to start with a mid-range device and incorporate the necessary moves in muscle memory.