World number six Stefanos Tsitsipas found it difficult to adjust playing the Western and Southern Open in New York City, as he won his first match on Sunday. At the same time, he said it is not quite different to play without fans. Played in Cincinnati annually, the Masters 1000 event is being held this year at the venue where the US Open is played every year.

Stefanos Tsitsipas said that big changes this year had him confused initially. On the other hand, the Greek star had no problems without spectators and fans at the stadium. “Doesn’t really make a huge difference when you have no fans watching the match,” Tsitsipas said after playing his first ATP match since February.

Tsitsipas: Doesn't really make a huge difference when you have no fans watching the match. Of course it's quite different. You're not used to playing Cincinnati at the US Open. You're thinking, am I playing US Open? But you're actually playing Cincinnati. So that's different.

Toto, I have a feeling we’re not in Cincy anymore….#CInCyTennis pic.twitter.com/1X5oXmkKpf

The defending champion at the ATP Finals, Tsitsipas brushed aside the challenge of former US Open finalist Kevin Anderson’s 6-1, 6-3. Tsitsipas broke the big serve of the towering South African player four times in the match. He also saved three break points in a crucial game in the second set, before sailing through to victory.

He means business this week! 👀

No spectators? Not a problem for Tsitsipas

On the eve of the event, Tsitsipas had said that he will play without spectators for the first time since he was 11 or 12 years old. He thought it would be challenging, but had a different outlook towards it after the match.

Many players were not very happy to be playing without their fans in the stands. But Tsitsipas saw it as an opportunity to focus solely on his game. That’s what he did against Anderson, who is not an easy opponent despite being rusty after a long injury break. 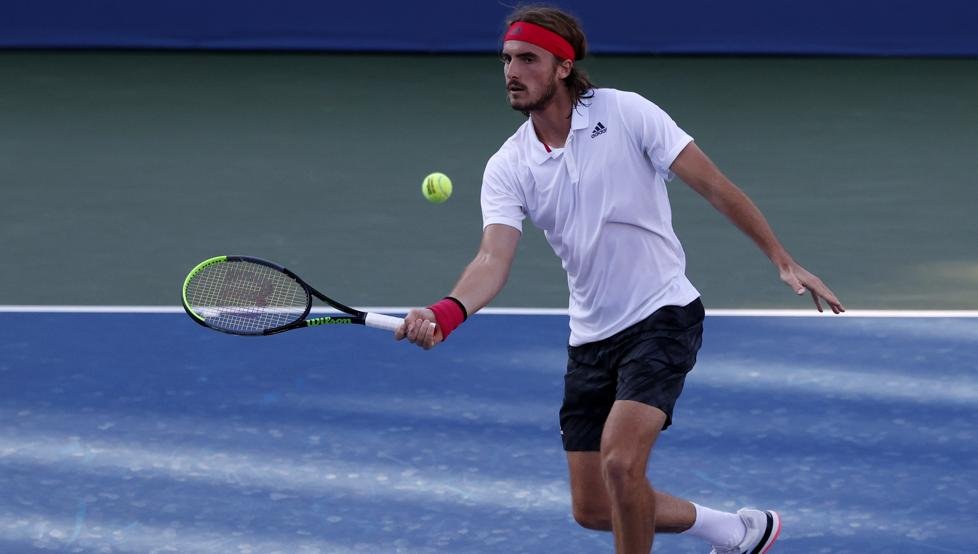 “The controlled environment] gives me, in a way, a different approach towards my tennis. It gives me an opportunity to focus more on my tennis and less on what is happening outside of it, which is great,” Tsitsipas said before his campaign began.

The Greek player Tsitsipas is seeded fourth at the tournament. In the Round of 16, he will face the winner of the match set to happen between John Isner and John Millman. A potential quarter-final against sixth seed Matteo Berrettini awaits later.

Also read – “I Felt a Bit Sad”: Andy Murray on Walking Through the Grounds of US Open 2020