Back in August, Twitch banned popular streamer Herschel “Dr Disrespect” Beahm from the streaming platform. The platform never specified the reason for the ban. Naturally, Doc looked for other opportunities to continue delivering quality content to his fans. Doc tried out platforms such as YouTube as well as his own website. However, starting August 2020, he started streaming full time on YouTube, even without an exclusive contract.

Doc has been streaming regularly on YouTube since. He has gained about 1.3 million subscribers since his move to the platform, taking his subscriber count to 3.12 million. His streams also average approximately 700,000 views constantly, making him one of the most successful streamers on the platform.

Doc recently shared stats from YouTube Gaming Live regarding the total hours watched by viewers on the platform. The ‘Two Time’ took this opportunity to highlight the ‘Doc Effect’ on YouTube since his move.

In the last quarter, YouTube has gained over 150 million hours’ worth of views, taking the tally to an all-time high of 1.675 billion hours.

Dr Disrespect highlighted the point where he joined the platform, implying that YouTube’s gain is because of his move. Replying to his tweet, a user shared similar statistics from Twitch. The trends for Twitch show a drop of about 8% in the number of hours watched. 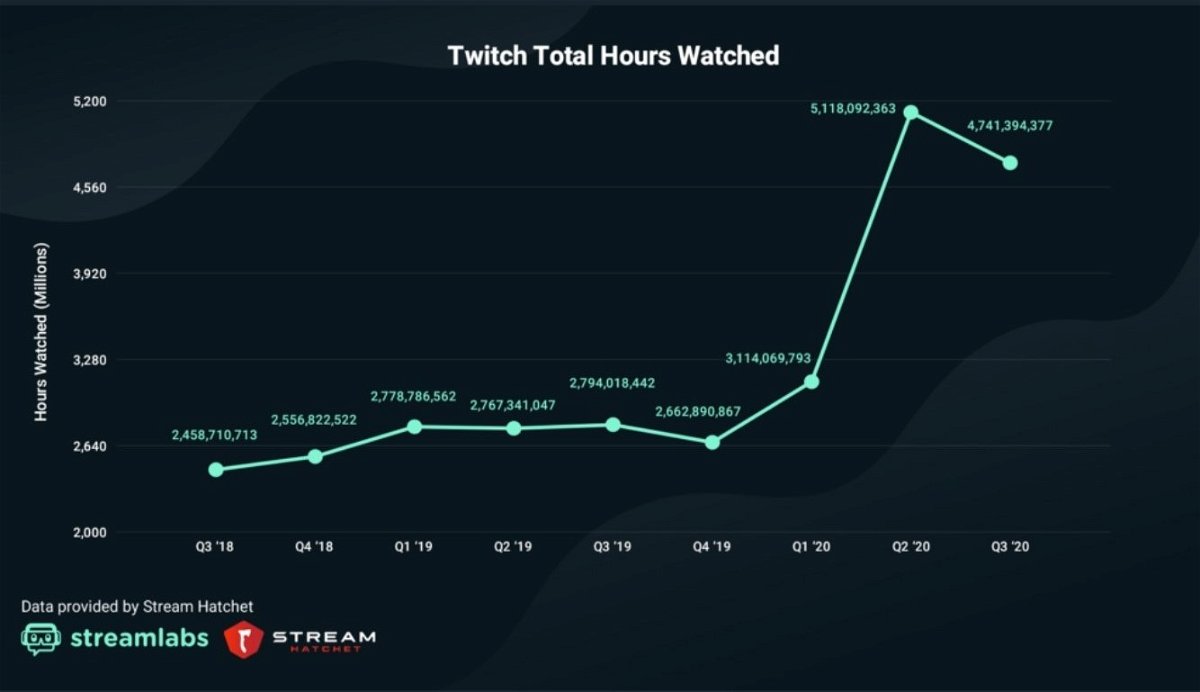 Viewers watched 4.74 billion hours of content in Q3 as compared to the 5.12 billion hours watched in Q2. This might be a slippery slope considering that the quarter saw the highest number of hours streamed on the platform. Moreover, after Mixer shut down, Twitch’s market share increased by 14.5%.

Regardless of the statistics, Doc’s streaming career on YouTube has been decent so far. He has been enjoying his time and has never looked better. In fact, the Twitch incident forced him to change certain aspects of his streaming. he has been trying out collaborations with a slew of personalities, from and apart from the gaming community.

A permanent Twitch ban can easily damage a streamer’s career, but it hasn’t really stopped Dr Disrespect at all. Twitch’s loss has been YouTube’s gain.

Fans Accuse Nickmercs for Deliberately not Playing with Dr Disrespect