The Russian made the announcement via her Instagram account. She went on to thank her fans and support staff. She had played her last match just about a year ago at the Dubai Duty-Free Tennis Championships.

In that tournament, she made it to the doubles final with Lucie Hradecka. Her last singles win came at the 2018 US open against Julia Georges.

“I made a difficult decision to end my professional career in tennis. Today I want to thank everyone who has been with me shoulder to shoulder all these years. Who took part in my sports career, starting from my childhood and ending with it. “ 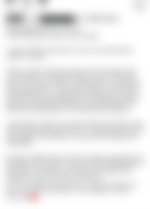 Makarova went on to thank her team for being with her throughout the long journey. She also thanked her family and friends for their support.

However, her most emotional message was for her fans –

“My dear, faithful fans! You have always supported me anywhere in the world. Thank you from the bottom of my heart!  Your faith in me, gave me strength and helped me move forward to victories!”

Know More – The Singles And Doubles Transitions Of WTA Players

Highlights Of Her Career

Makarova is an accomplished player on the WTA circuit. She reached two major semifinals at the 2014 US Open and the 2015 Australian Open. An interesting stat from her career is that she was one of the only two left handed players to defeat Serena Williams at a grand slam.

She has won three WTA singles titles with the most recent coming at the 2017 Citi Open.

However, it was in doubles that she got major success. Makarova has won three grand slams in doubles including the US Open, Wimbledon and Roland Garros. In addition, she’s won the 2012 US open in mixed doubles with Bruno Soares.

Probably her biggest achievement was winning the Olympic gold with Elena Vesnina in 2016.

Sadly, Makarova won’t be around to defend her crown at the Tokyo Olympics 2020.