In these turbulent times, Elina Svitolina and Gael Monfils have announced shocking news about their relationship. The two tennis stars have been together since 2019 and were one of the famous tennis couples of recent times.

In an Instagram story, both Svitolina and Monfils announced that they have decided to take a break in their relationship. It is unclear if it’s a break-up or a short break.

“Gael Monfils and I decided to take a break in our relationship. The decision was incredibly difficult because we still have love for each other.” 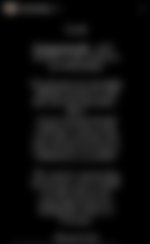 The exact reason isn’t mentioned in their stories, but one key detail is that they wanted space and time and thus have separated.

What could have caused the split between Gael Monfils and Elina Svitolina?

This decision might have been fueled by Monfils’ poor on-court performances. Monfils is on a six-match losing streak, and after his early exit from the Australian Open 2021, the Frenchmen couldn’t hold back his tears in the press conference.

“I would like to get out of this nightmare, but I can’t. Don’t shoot me, I’m asking for mercy. I work like a butcher, but I have zero confidence. I do not feel well,” an emotional Monfils had said.

But as Elina Svitolina progressed further in the Grand Slam, she had acknowledged her boyfriend’s troubled state and sent her support. After her first-round victory at Aussie Open, she wrote ‘Gael with a heart’ on the TV camera lens.

Both the players have had on-court troubles and lack of form in recent times. Svitolina, despite being seeded as high as fifth, didn’t produce the desired results as expected of her.

During their relationship, Svitolina and Monfils had given fans several hilarious moments with their joint Instagram profile ‘G.E.M.S life’. Let’s hope the two continue being friends and entertain us for years to come.