Long considered England’s most consistent performer in the shorter formats, Eoin Morgan was handed over the captaincy from Alistair Cook in a slightly chaotic situation, just two months before the World Cup.

With him leading the side, England seem to have been handed the bonus of having rediscovered the “able” finisher that he once was. Prior to his captaincy, Morgan had scored just two fifties in his past 17 innings, averaging less than 25 in ODI cricket.

With 2015 World Cup coming up, Morgan will look to tick all the boxes. Despite being the runners up in the 1979, 1987 and 1992 World Cups, the English team is yet to conquer the tournament.

With him running affairs, the side seems to have got a new mind that does not just chat about the task ahead, but plays to lift their hopes. A lot has been said about this team in the recent past with current and ex-players quarrelling among themselves.

With the recent win over India in the Tri-series featuring hosts Australia, the English team seems to be on the right path. The combination also looks a lot more balanced than it was a couple of months ago.

The group are gelling well as a unit, with the batsmen and bowlers clicking at the right time. Nothing would’ve pleased Morgan more than to find James Anderson settling into his groove immediately after recovering from an injury and Steven Finn finding the zip that seemed to have eluded him.

Moeen Ali, too, has been a revelation at the top of the order and his overs of spin invariably help break partnerships during the middle overs. It is up to Morgan, though, to ensure that they stay fresh and build on this form before the start of the World Cup.

His cool head and tactical intelligence has earned him the reputation of thinking outside the box, something that the conservative Alistair Cook failed to develop over a number of years.

After playing a crucial role in England’s World T20 success, the England captain will be keen to deliver for his adopted nation this time too.

This team could very well surprise the other cricketing nations if they play up to their potential in the upcoming tournament, and should possibly be considered one of the dark horses in this world event. 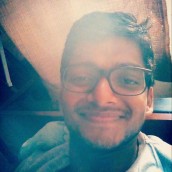