EPL club West Ham United’s Vice-chairman Karren Brady took to twitter to clear the air on her “null and void” comment. Goal.com quoted Brady saying the PL’s hopes of an interlude allowing it to restart after 3 weeks may well be dreamland. Brady said that the whole season should be declared null and void as games are affected. 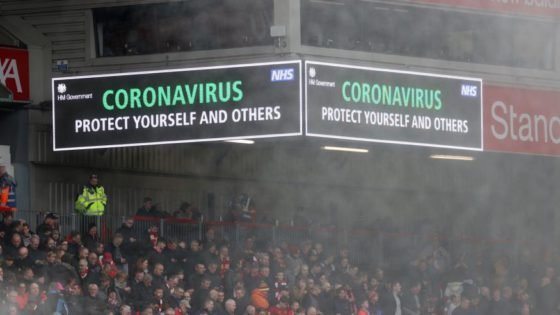 Her comments made following the decision to suspend football in England prompted reactions from many quarters. They found support from fans of Manchester United, but drew flak largely from Liverpool supporters. These are fans who will be most aggrieved if the season is declared null and void. This is due to such a scenario extending their wait for a top flight title into a fourth decade. When the league was suspended Jurgen Klopp‘s side were just 6 points away from their first title in 30 years.

Everyone agrees that LFC deserve to win the title. PL &EFL are doing all we can to ensure the season is finished. Including suspending games, isolating players, and if required playing games behind closed doors and into the summer months. 1/2

My point was safety of fans, players, staff come 1st & if the remaining games just cannot be played the only fair & reasonable thing is to declare season null and void. Who knows who would have gone down or come up if the PL/EFL games have not actually been played in full? 2/2 https://t.co/JTQukQv30Y

Brady indicates that her comments were in favor of the players and fans whose safety was paramount. “If the remaining games cannot be played the only fair and reasonable thing to do is declare the season null and void.”

To pacify Liverpool fans she said that everyone agrees Liverpool Football Club deserves to win the title. Brady added that the PL and EFL are doing all they can to ensure that the season is finished.

Where things stand with the EPL at present?

The EPL was suspended following positive test results of Arsenal manager Mikel Arteta and Chelsea forward Callum Hudson-Odoi. The League announced that matches will resume on the weekend of April 4. This resumption is not a given and will be subject to conditions at that time.

16 of the 20 teams in the EPL have 9 games remaining. The other 4 who have 10 games each could feel hard done by a curtailed season. Aston Villa who are 2 points away from safety with a game in hand would not be fans of the decision to end the season as it is. Similarly Sheffield United would miss out on a Champions League spot as things stand at present.

Awarding Liverpool the title would declare the season complete. This would spell the end for Villa, Norwich, and Bournemouth who are currently in the drop zone. It would also mean that Liverpool, Chelsea, Leicester City and Manchester United qualify for next season’s UEFA Champions League.