MrBeast has a very charming persona around him, which is why he is always surrounded by people. But what if you come to know that there are people who don’t know him yet want to be around him? Yes, that’s right. That was something that happened recently when he arrived in India.

Recently, Jimmy posted several stories and posts announcing to his Indian fans that he might soon be visiting them in India. This was a great opportunity for him to expand his base of operation, but unfortunately, some didn’t recognize him here. The news made all the Indian MrBeast fans flooding on his comments section in response.

In a recent tweet made by Jimmy Donaldson aka MrBeast, sees him shocked as a person in India came to click a photo with him but surprisingly didn’t know who he is. Also, when asked what is the best MrBeast video that the person has watched, he replied that he doesn’t know who that is and just wanted to take a picture with a tall white guy. 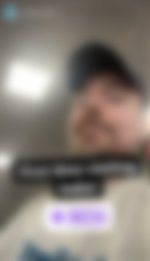 Jimmy explained this by tweeting, “I was walking around in India and someone asked for a picture. So I asked my translator to ask him what his favorite MrBeast video is and he said that he doesn’t know what a MrBeast is and just wanted a photo with a tall white guy lol”.

I was walking around in India and someone asked for a picture. So I asked my translator to ask him what his favorite MrBeast video is and he said that he doesn’t know what a MrBeast is and just wanted a photo with a tall white guy lol

Notably, Jimmy is in India for a collaboration project with the Indian gaming community and fans are super excited about the fact that the world’s largest content creator might make one of his videos in India as well.

Hysterical fans’ reaction to the incident

After the incident was made public by MrBeast, his fans both from America and India started commenting on the situation. Most of the Indians were actually unsurprised because they knew it was very common for people in India to do something like this.

indians love white ppl even if its a random person 😭 https://t.co/DXpZVao1jN

happens in asian countries all the time, I don't even want to know on how many family or travel pictures I end up to be https://t.co/R2MQKwwZPO

While his other fans were going crazy knowing that the person who clicked the photo with MrBeast unknowingly actually hit a jackpot, as he is no short of a celebrity on the internet.

While others asked how tall Jimmy was. Since that was one of the reasons for the man to reach out to MrBeast. Jimmy even disclosed his actual height, to which many of his fans expressed shock.

Damn man. Your tall lol. I'm sitting over here 5'5 on a good day 🤣 I blame my parents they short lol.

WATCH THIS STORY: MrBeast’s most viewed video of all times

Notably, this is the first time Jimmy visited India, and fans are very excited about him visiting their country. What do you think about this though? Let us know in the comments below.

Shivaditya Ghoshal is an eSports writer at EssentiallySports. He holds a Bachelor's in Computer Applications and is currently pursuing his Master’s in Commerce from Lucknow. Shivaditya holds a keen passion for video games and follows all the latest releases and trends in the gaming industry.
ARTICLES BY AUTHOR