Developers of the social deduction game, Among Us, practically went into hibernation since the game’s release. After over two years since its release, the game boosted its way to the top with no push from the developers or publishers. Apart from a few fixes, Innersloth almost never rolled out any updates, let alone content drops. However, finally, the biggest update went live on March 31 and the reviews are great.

Red Airship, the game’s newest addition in Among Us’ map collection, is the largest yet! Unless you’re the Imposter, the map’s enormous size is definitely going to bother you. The Imposter’s Heaven has so many nooks and corners to hide bodies and Easter Eggs. The makers of the game evidently had a lot of fun while designing the map, with almost every room having a pop-culture or gaming franchise reference, or even the Italian Renaissance.

What's in our future plans for Among Us?

Get all the info on the latest update and plans on our dev log: https://t.co/lLTZu6Iq3E pic.twitter.com/PJpsIfInQA

Top Easter Eggs in Among Us’ Airship Map

Polygon compiled the list of Top 5 brainstorming Easter Eggs over the Airship map. Starting from the Xbox exclusive Halo to Mona Lisa, Among Us has one from every era!

The Blood Blade from the Halo franchise is all over the map’s promotional videos. With both ends tipped shiny red and a circular handle, the Blood Blade is the most prominent item in the ship’s Vault. The sword however has no use in the game yet, apart from being a display jewel. Maybe someday, Innersloth will allow the Imposter to gain Halo-like superpowers on acquiring the sword. 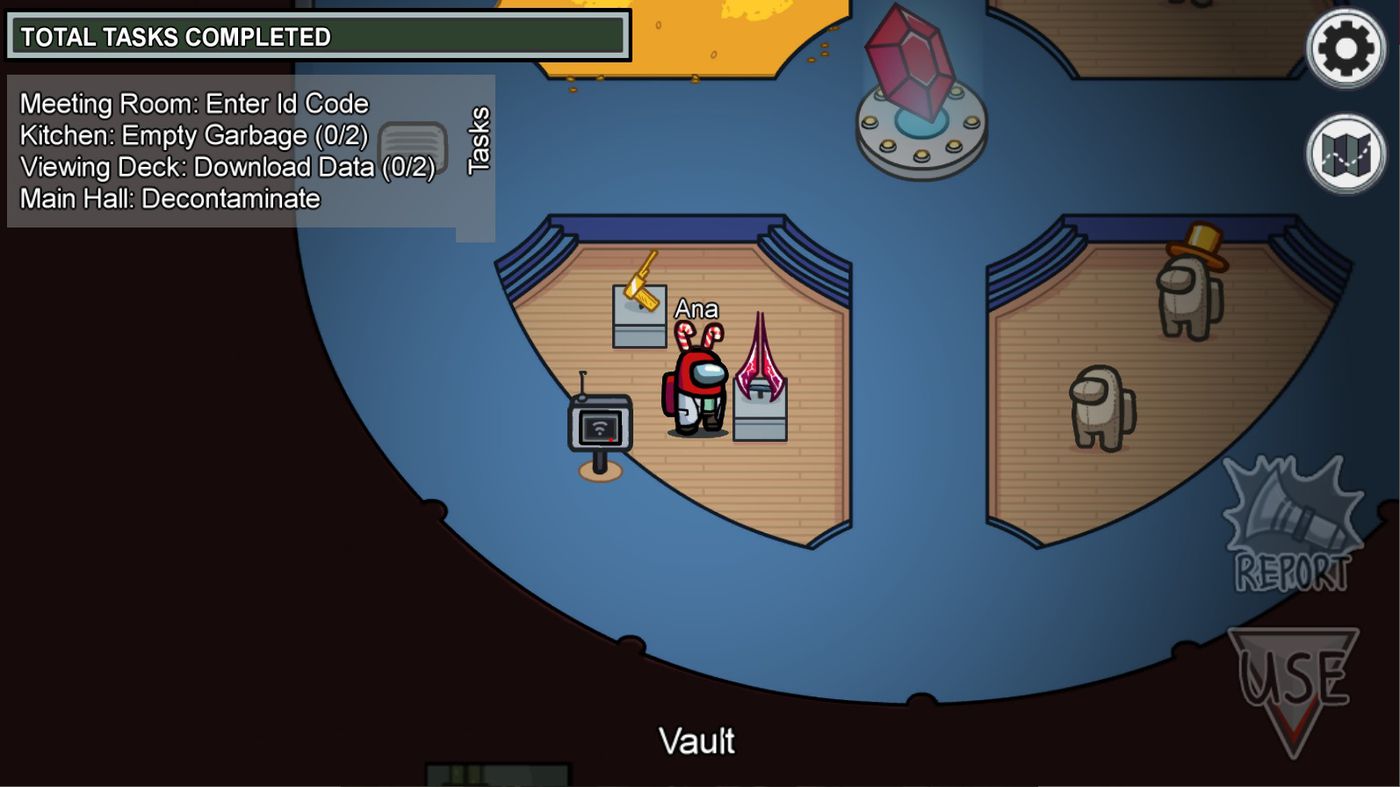 Further, on the map, players will discover the Armory room. The cabin looks simple with a collection of various weapons. However, looking closely, the entrance showcases a set of special weapons. Sai, a Katana, nunchucks, and a bo staff. The color and order of the weapons remind players of the four Teenage Mutant Ninja Turtles, in their hierarchical order. 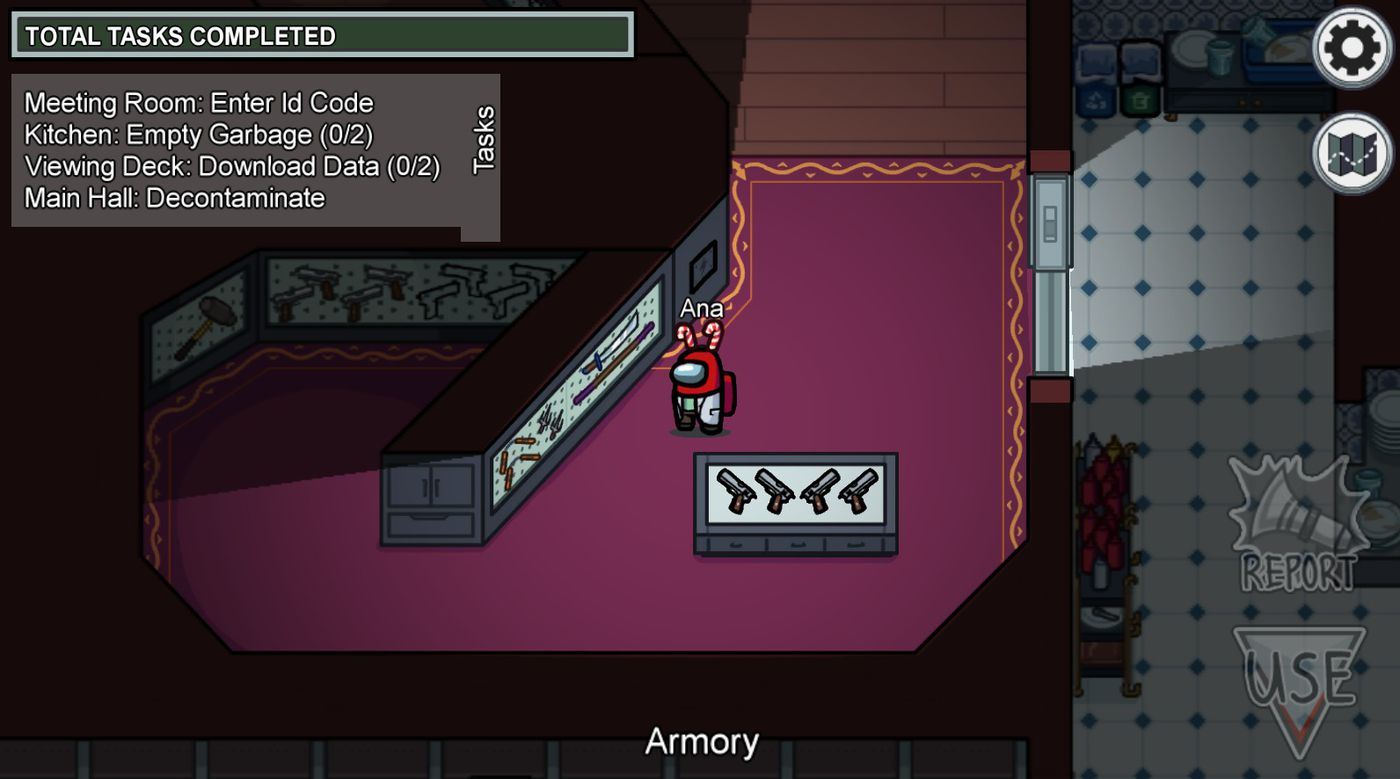 The north section of the Vault pays tribute to one of the OG creators of the gaming industry. Final Destination from the Super Smash Bros. franchise hangs with a collection of some other random artwork on the walls. However, two foxes are missing from the painting.

In the same section lies a blue bag. At first, it looks like a piece of blue trash lying on the ground. Looking a little closer, players can spot a bird’s yellow beak peeking from behind the bag. It features the popular bear and bird pair from the video game series Banjo-Kazooie developed by Rare. 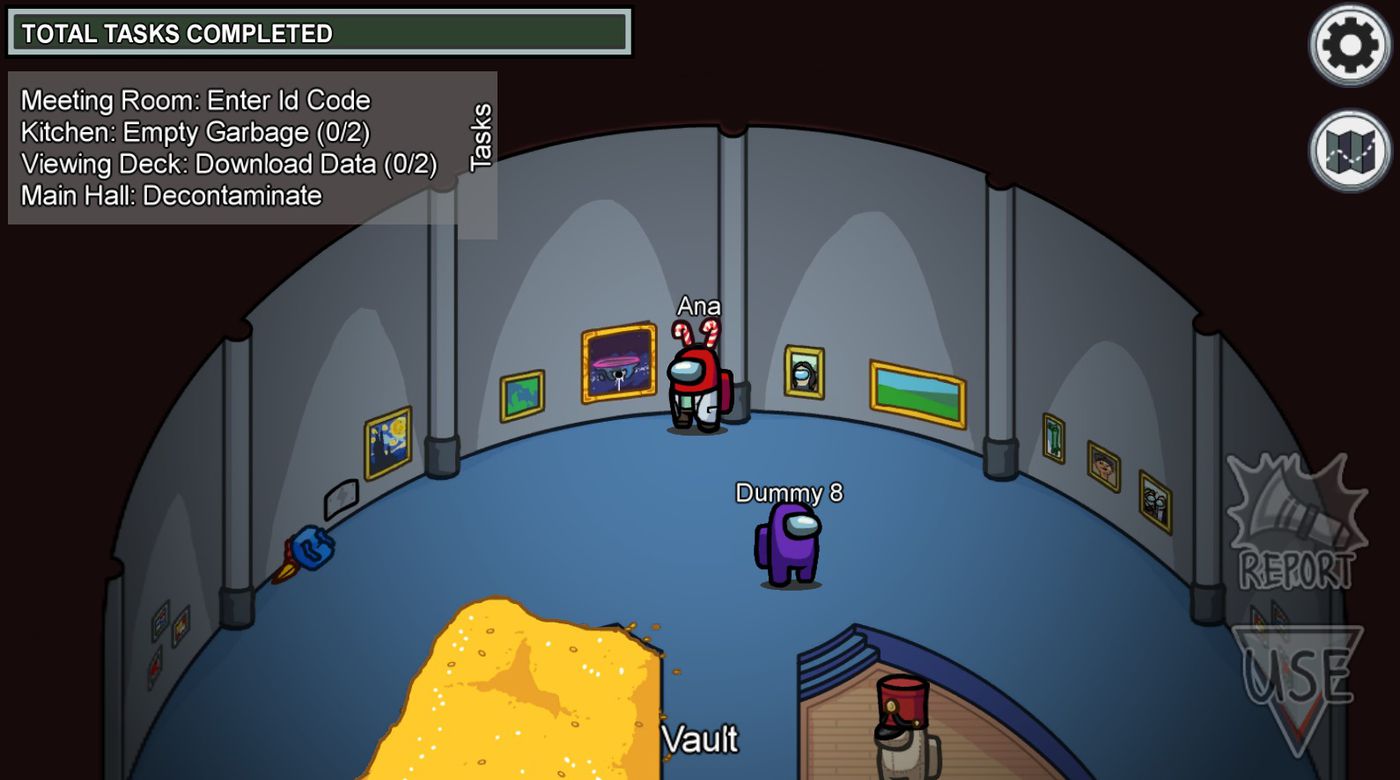 4. Why not a little Classical Art in Among Us?

The designers included various classical crafts, both from the time of Italian Renaissance and modern-day artwork. The museum walls of the Airship map are home to paintings like Leonardo da Vinci’s Mona Lisa and Vincent Van Gogh’s Starry Night. Of course, most of the paintings are random strikes of color, but the prominent references make the game feel real. Maybe a lot of these paintings have hidden clues buried that are waiting to be unraveled.

The biggest Easter Egg that missed everyone’s eye is the architecture of the map itself! The interior of the ship recreates Toppat Clan Airship, an international fugitive union from the Stickmin series. The Airship pays homage to The Henry Stickmin Collection. It was created by Marcus Bromander, who currently works for Innersloth as a creative artist and animator. 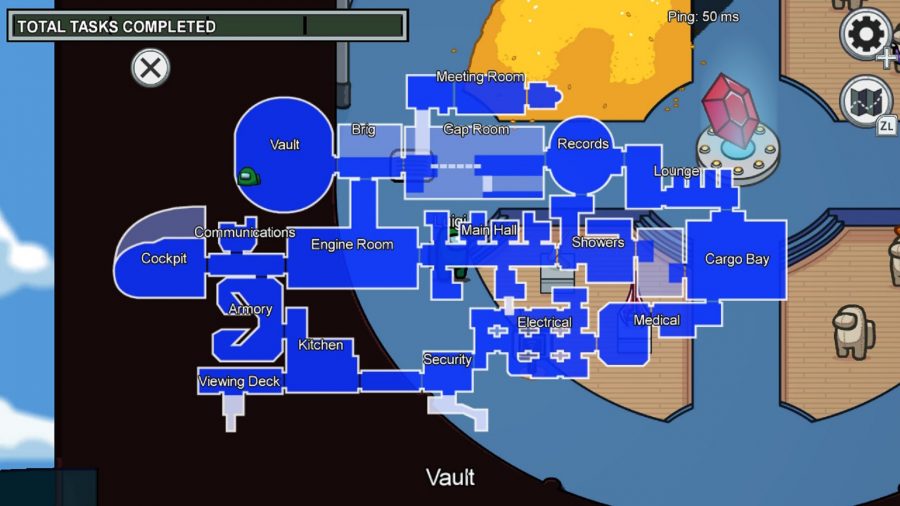 Within two hours of the content drop, the player count on Steam alone surged from 20k players to 130k players. Innersloth in a tweet thanked the crewmates for showing up. The update was undoubtedly a big hit. In fact, a few hours back servers went down because of the heavy rise in traffic. However, they’re now fixed.

We hope the positive response from the community encourages the studio to roll out regular updates!