Leaks had previously suggested that Marvel’s Avengers will have She-Hulk as their latest superhero, to begin with in 2022. Right before the release of MCU’s No Way Home, Marvel’s Avengers also received an update to include Spiderman, Wakandan raid, and a few new villains.

During this time, there were also rumors surrounding Arcane star and voice actress Krizia Bajos to voice She-Hulk’s character. Apparently, these rumors turn out to be true as the actress herself has confirmed this news on Twitter.

There were rumors surrounding Krizia Bajos to star as She-Hulk’s voice actor and this has turned out to be true. Bajos confirmed the same via her Twitter account where she replied to the news with a green-colored heart emoji.

Bajos was born in 1985 in Miami, Florida, and is of Cuban descent. She moved to LA to grab a start to her career and quickly gained fame after starring in an episode of CBS’s How I Met Your Mother. While she has made guest appearances in a lot of shows, she is primarily known for her work as a voice actress.

The actress has lent her voice to successful and massive franchises such as Call of Duty, Sims 4, League of Legends, and many more. Bajos is also a voice director and founder of Voiceover Camp. It is an online school that helps interested individuals develop voiceover skills.

The She-Hulk is a part of Marvel’s Avengers roadmap for 2022 and has been long rumored to arrive in the game. The character is already present in Epic Games’ metaverse of superhero skins in Fortnite alongside several other Marvel heroes. 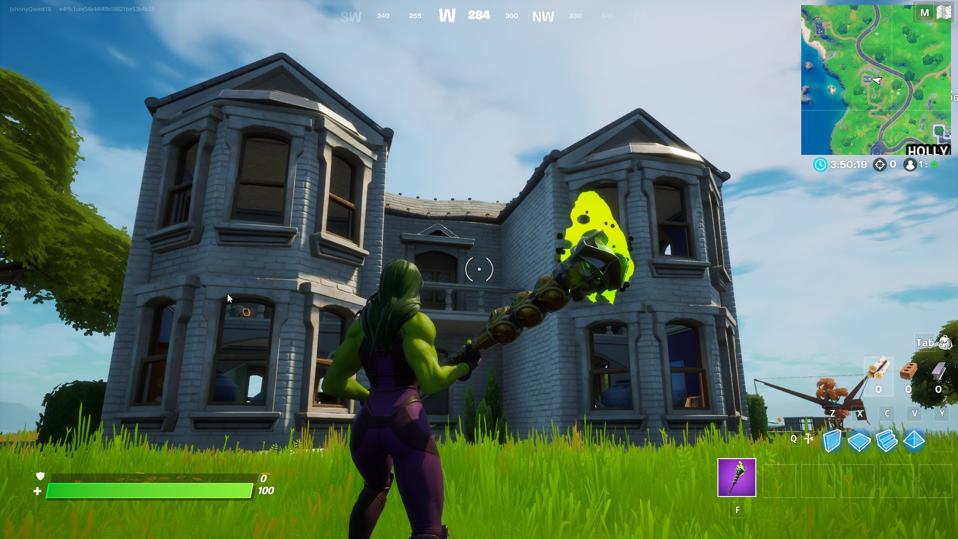 Besides this, Marvel’s Avengers has been adding many more cosmetics to the game inspired by the MCU characters. This time, they have added a Black Widow skin with a black leather outfit. This skin was brought in after several requests from the fans post the movie’s release.

You get to make your own choices now.

Inspired by the Marvel Cinematic Universe, the Marvel Studios' Black Widow Outfit features Natasha's black suit in the latter half of the film.

The image of the skin has some striking resemblance to the MCU version of Black Widow with hair tied up in a ponytail and a black leather bodysuit. The skin has paid an awesome tribute to the fallen Avenger from MCU.

Marvel’s Avengers has some serious plans to start 2022. From the looks of it, these plans will indeed make the players and fans happy!