Battlefield 2042 early access is out now and it seems like players are not quite impressed with the game. Battlefield 2042 was one of the most anticipated games of this year and now that it’s finally getting released, some major issues seem to be popping up. Fans on Reddit have started complaining about the game’s UI and have called out the developers for bringing in changes. 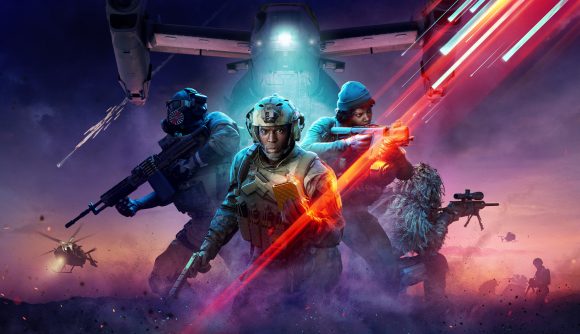 Users on Reddit have expressed their resentment after the game’s launch and called out EA DICE for making a ‘terrible’ UI for the game. Reddit user u/TheNameIsFrags in the Battlefield 2042 subreddit think that the UI is perhaps the worst they have ever seen in any video game.

The user complains about a series of elements such as the main menu, navigation settings, majority control banner, weapon customization and many more. They think that the main menu looks outrageous with the specialist standing awkwardly beside some random bits of information popping out on the screen.

Besides this, the user also complained about the navigating settings seeming to be extremely convoluted and stacked. They compared Battlefield 4’s design which seemed to be far better in comparison to its successor.

The user further ranted about the Majority Control banner and Weapon customization giving terrible experiences as compared to any of the previous titles and seemed heavily disappointed with the overall experience of the game.

Previously, beta testers of the game had complained about an extremely disappointing experience in terms of gameplay and had demanded changes from the developers. Other persisting issues that came up after the early launch were the bugs, errors, and glitches reported by the players. Players have been facing the 2002G error code which was causing the game to crash frequently. It seems like EA has taken note of this persisting problem and will find a fix for it soon.

We’re aware that many of you are receiving an error message while attempting to load into a Server, and then being returned to the Main Menu

We’re on it, for now you can hit Retry and attempt to join a server pic.twitter.com/bDDN3DaIME

Battlefield 2042 will be launching for PC, Xbox One, Xbox Series X|S, PlayStation 5, and PlayStation 4 on November 19.