Cyberpunk Developers Come Together to Create a Sci-Fi Masterpiece

The second edition of Call of Duty League is officially underway since the end of All-Star Weekend. This new season has already been full of a lot of drama around each contesting team. First, the 4v4 format change has led to drastic roster changes. Further, many pros who had a great first year are currently sitting with no teams.

Second, a few senior members have complained about how the financial scenario regarding pro tourneys is handled. All things considered, this new edition will see a lot more drama than the first. Mostly because the foundation has been laid, and players are looking forward to setting up their individual legacy in the League.

The nature of the competition is so high at the moment, if anybody lets a tiny bit slip, they lose their place before the game boots up.

Being up to speed requires handling the ever-changing technology inside the world of gaming. COD pros face this challenge this year in particular, especially because the new Black Ops title is going to release this November. It will mark an entirely new journey coming from the Modern Warfare era. 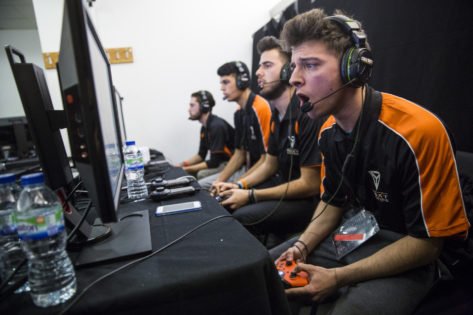 Also, this year marks the release of two next-generation consoles. Both PlayStation 5 and Xbox Series X/S are releasing later this year. While this doesn’t apparently seem to affect pros directly, there are a lot of factors at play here. The biggest of them being after almost five years players will get a new controller to play with.

COD pro Censor who recently got dropped from NYSL is looking forward to joining a new team in the Cold War edition. He asked his Twitter audience what they thought about what controllers pros use.

Pro players: what controller you using next year?

Scuf Gaming produces customized controllers and multiple pros have been using them for years now. Apart from that, Xbox controllers also have quite many die-hard fans.

The release of the next-gen consoles will lead the way for these new futuristic controllers into pro-gaming. Only then can it be determined if they are easy to adapt as their predecessors.