Call of Duty Mobile Season 4 is live from today. This season we are back in a ‘wild-west’ theme, similar to the one we saw in last year’s Season 4. This season will also see the beginning of Series 2 of ranked multiplayer. While Battle Pass season lasts only a month, the ranked series will last for 60 days.

The premium Battle Pass also comes loaded with four other epic blueprints keeping the ‘wild-west’ theme in the design.

The premium pass will also unlock four Operator skins, all in the wild west theme.

Other items include Charms, Backpacks, Emote, calling cards, avatar, and frames. There are a lot of free rare and common cosmetics to unlock. Players will just need to play the game daily to earn Battle Pass XP to get the rewards.

Finally, players with a bit more to spare can go after the Battle Pass bundle to get four unique items.

Call of Duty Mobile also launched the new ranked series with the new season. The new series will also have many rewards for the players who take up the challenge to grind up the ladder. There was a rumor about an extra rank coming to the new series but today we saw no change of the sort. Below are the significant ranked rewards to look forward to in both multiplayer and Battle Royale. 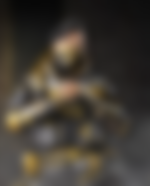 Ranked Series 2 will end after 60 days, so start grinding both the modes to claim all the rewards in the limited time.