Call of Duty: Vanguard- The Most Overpowered Vanguard Weapons to Use in the Game

Call Of Duty: Vanguard has just been released and players might be interested in knowing the best class setups for the weapons. Call Of Duty has been introducing some of the best weapon tunings in its updates for Warzone and players can anticipate the same for Vanguard as well. This article will cover the Top 5 class setups that can be used in Multiplayer. The G16 2.5x scope along with F8 Stabilizer and 8mm Kurz 32 Round Mags provides an insane amount of damage and is best for mid-range encounters. The 317mm barrel is best for raising accuracy and minimises recoil. Rubber Grip, VDD 34M Stock and Stripe Angled underbarrel further improve the recoil of the gun.

Automaton is the second AR that players unlock as they progress past Call Of Duty: Vanguard. Time and again, this has proved to be one of the best assault rifles in the game. Here is the best attachment setup that can be combined with Automaton in Vanguard. 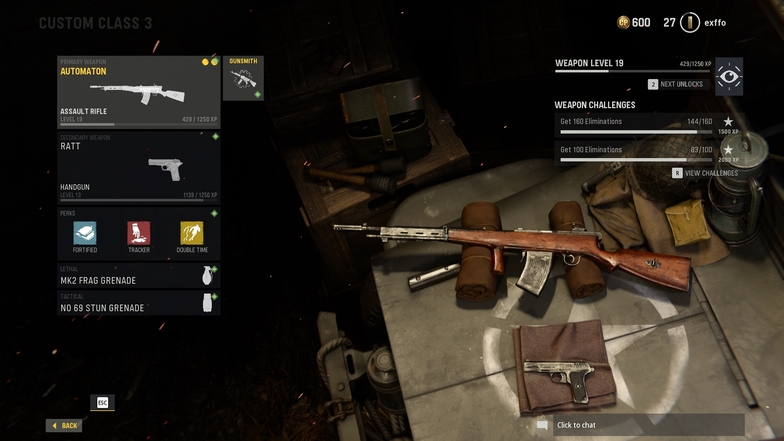 The G28 Compensator is a good attachment if players want a vertical recoil pattern. Along with the Zac 660mm BFA, this weapon becomes incredibly useful for mid-range combats.

Zac Skeletal stock is useful for improving movement speed and steadiness and makes it easier to peek into corners and take out enemies. The 45 Rnd magazine might come at a cost of the ADS speed but will definitely help players to take down enemies in a single clip.

Assault rifles have taken their place in Vanguard’s meta and are easy weapons to gain a dominating position against enemies. Here are the best attachments that can be used along with the STG 44

The F8 Stabilizer reduces recoil and gives the gun an adequate damage boost. Along with this VDD 760MM, 05B barrel is another great attachment that does a huge recoil and range boost for the gun. The 2.5X Scope along with VDD 27 Precision provides to more recoil and ADS speed.

What do you think of these loadouts in Call Of Duty: Vanguard? Let us know in the comments.