Dead Space is coming back in a new avatar. Well, not entirely, but the remake of the 2008 survival horror game will have updated graphics and some other changes.

In a live stream held today, EA’s Motive Studios showed off some early footage of the upcoming title while also explaining how the gameplay and level design could work. While a release date would have been all the more helpful, the early gameplay footage definitely showcases new elements. But how does it stack up against the old Dead Space game?

In terms of changes, there isn’t much. The only confirmed substantial change is that the Dead Space remake will allow you to drift in zero gravity. The feature was introduced in subsequent titles, while the original Dead Space game only allowed you to bounce between surfaces with your shoes.

Props to our QA team and everyone behind the scenes for help making today's #DeadSpace developer stream happen! Y'all make us whole. pic.twitter.com/0O0axTn5Wm

When it comes to visual changes, the developers have done a good job. The new Dead Space game will feature new lighting for better immersion and allowing players to appreciate the surroundings. If you think that Issac’s suit looks the same, you aren’t the only one. However, the developers at Motive have confirmed that the suit will differ when the game is launched and is not the final version.

Players can also expect to see ray-traced reflections in the upcoming Dead Space game, which has grown to be quite an industry-standard by now. Apart from this, limb severing technology will also see a boost. The live stream highlighted some very early renderings of the Necromorphs. They get struck by weapons more accurately and persuasively. The new game will bring variations in how a weapon strikes a Necromorph. 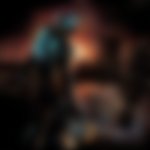 There will be no change to the story whatsoever. According to creative director Roman Campos-Oriola: “We are not going to change the foundation of the story, because that story is really iconic. The things we want to enrich in terms of story or narrative, it’s really about the bigger universe of Dead Space. We want to have more ties with what came after, whether it’s the books, whether it’s the anime, whether it’s Dead Space 2, we want to put the original in a better way inside that broader universe.”

Another aspect that will remain unchanged is the voice actor Gunner Wright. He voiced Issac in the original Dead Space game and will be reprising his role in the new one too. He appeared on EA’s live stream today to validate the same.

#ICYMI from today’s livestream, here are the rules the team talked about for Isaac’s dialogue:

1. Isaac will primarily only speak when spoken to.

2. Isaac will sometimes speak in a situation where it would feel weird if he remained silent.

What do you think about the new remake? Let us know in the comments.

Watch this story – Top-Selling PlayStation, Xbox, and Nintendo Consoles of All Time