Michael Joseph Jackson was a prominent musician, singer, songwriter, dancer, and pop music King. He established a huge empire and became a widely popular entertainer. Not to mention, to this day, he is widely regarded as the “King of Pop.”

MJ set and broke records, challenged racial boundaries, and revolutionized the music industry. Owing to his enormous popularity back in the early and mid-1980s, MJ also made his appearance in many video games. Here are the top five most popular video games that featured the “King of Pop.”

Top games that immortalized Michael Jackson, the King of Pop

The ‘King of Pop’ first video game was Michael Jackson’s Moonwalker. It was developed by Sega for the arcades, Genesis, and Master System in 1990. The developers followed the story around the plot of the Moonwalker movie which starred Jackson. Players had to use Jackson’s music and dance powers to save kidnapped children.

After watching Michael Jackson’s Moonwalker series success, developers decided to work more on the title and release the GENESIS and Mega Drive titles for users. 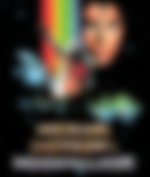 With increased graphics and more challenges, several fans loved seeing their idol in action other than singing and dancing. 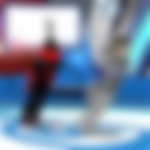 Ready 2 Rumble Boxing: Round 2 is a boxing game for the Dreamcast, Nintendo 64, PlayStation, PlayStation 2, and Game Boy Advance. Interestingly, players could get their hands on Michael Jackson as an in-game character and several players loved the idea of their favorite influencer in the boxing ring.

According to one of GameSpot’s blogs, in order to play Michael Jackson in the game, players have to Highlight ”Survival” in the main menu and then press “Left, Left, Right, Right, Left, Right, L+R” to unlock Jackson.

Lastly, the most popular video game that featured the “King of Pop” and is still remembered in fans’ hearts is ‘Michael Jackson: The Experience’. It is a music video game based on Michael Jackson’s songs. It was licensed by Triumph International and developed by and published by Ubisoft. 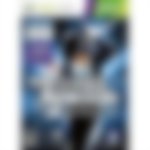 Not to mention, MJ: The Experience sold over 3 million combined copies worldwide back in the day. It was not overall complicated for users to understand; in the game, up to four people can dance together, picking from one of 26 of Jackson’s hits. Indeed, it proves its popularity and how much fans loved the idea of role-playing as Jackson in the video game.

WATCH THIS STORY: Ranking The Highest Selling Nintendo Games of All Time

What is your favorite MJ video game? Let us know in the comments down below.