Fortnite has often drastically changed the map, whether it was for the storyline or just to bring some fun elements and freshness into the game. Most of the Fortnite fans love all these changes as it gives a new touch to the game.

In the history of Fortnite, the primary focus of changes was on the center of the island. Multiple rumors and leaks suggest that there may be other major changes coming to the map this season. The center of the map has already witnessed a lot of events in the past. So let us talk about all the upcoming changes.

After this, Holly Hedges will be renamed to ”Holly Hatches”. There is also a leaked picture of a house in Holly looking completely different. It will be very interesting to see how these places will be affected by the Alien Parasites. 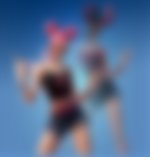 WATCH THIS STORY: Most Controversial Twitch or YouTube Streamers

Other Major Changes in Fortnite Map

Now, let us talk about the big change. This is going to be huge and quite extra juicy as well. It is Coral Castle. It’s been there for a while now. The mother ship will abduct Coral Castle in chunks, which will leave a crater where the IO will have their camp.

It seems to move counter-clockwise. There is also a bonus thing right here. In the game right now, in one of the gas station, there is a sign which shows Coral Castle being abducted by the Aliens and it shows the huge chunk of a floating island in the sky. This abduction is going to happen actively in the game. Isn’t that super cool?

HYPEX, a data miner, thinks that the players may get a No Gravity Biome where players can swim too. It is probably going to be in the middle of the map since it mentions swimming. Right now, players can swim in the rivers and ocean, but a no gravity water biome would be new and fun to explore. The zero gravity aspect may come from a zero-gravity item that hasn’t been released yet.

– It creates a no gravity area when you throw it
– It launches you in the air if you keep jumping
– Some tags if anyone interested: "Alpaca.Jump", "Alpaca.RecentlyJumped", "Alpaca.InArea" & "Alpaca.GravityMultiplier" pic.twitter.com/gKafpKo312

Fortnite Chapter 2 Season 7 is poised to be the world-changing season so far. Major map details and other features are set to change drastically.