With Fortnite Chapter 2 Season 8 already gaining popularity, players are always on the lookout to gain more XP, learn more tricks, and get easy loot in the game. Here are some of the best tips and tricks players can use in the game to gain an edge this season.

Get guaranteed loot from crows in Fortnite

Fortnite has added some rare crows into the game which, if shot, will drop very rare items. These loots are incredibly overpowered but are also fairly difficult to find. These crows can be found at Hydro 16 by Sludgy Swamps.

Simply shoot down the crows that spawn in that area to gain access to some incredible items.

Use one of the shadow stones and a spire pad and take no fall damage when you are dropping towards an enemy; in the earlier seasons, the Silver surfer was very useful to drop on top of enemies and knocking them out. 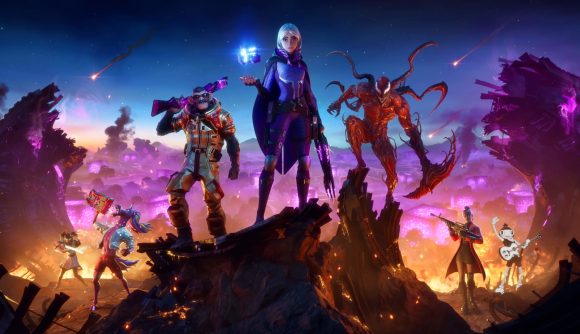 Armored walls are insanely powerful, with some of them being incredibly hard to penetrate or break. These walls come with a health of 2500 and act as an incredibly powerful trap against enemies. However, one way to beat this trap would be by using the rail gun which can penetrate through the wall and kill your enemies.

Did you know that you can use sharks to your advantage in Fortnite? Sharks can be shot, and they can offer around 10 items, which might include rare items as well. Sharks can also be ridden at the same speed as a car when used as a vehicle.

Fortnite Season 8 is definitely one of the most insane seasons of the game and these tips and tricks will definitely help players get a certain advantage in the game.