The year might end on a sad note for the Fortnite fans, as Epic recently revealed disappointing news; The much loved ‘No Way Home’ skins will depart from the Item Shop tonight. This was announced by the official Fortnite account on Twitter, which also urged fans to grab this bundle before it’s too late.

Believe everything you read on the internet? She says yes (sarcastically).

Grab MJ in the No Way Home Set before it rotates out of the Item Shop tonight. pic.twitter.com/iV33grYAHD

The No Way Home skins were introduced right before the release of the latest Spiderman movie and were a great way to tip the start of Fortnite’s Chapter 3 Season 1. The skin created a huge hype for Chapter 3 as players plunged into the Item Shop to get their hands on the amazing outfits.

The bundle arrived in the Item shop on December 17 and contained the two Peter Parker skins, a Spiderman icon, an MJ skin, MJ’s bookbag bling, a No Way Home themed hitter, a Web-Slinger, and an Amazing Unmasking emote. Notably, the skin costs 2,300 V-bucks in the Item Shop. 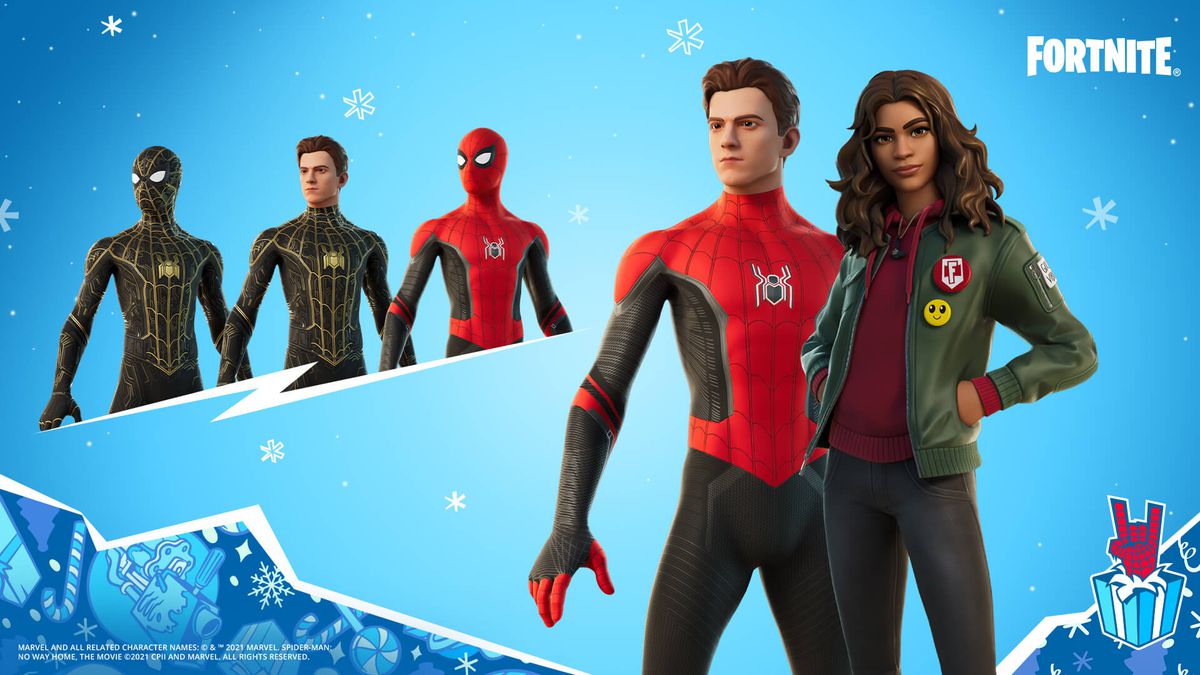 After the release of this skin, fans were delighted to see their favorite superhero amongst the plethora of Marvel heroes in Fortnite. In fact, Players could even create wild combinations with these skins as they were living their dreams of making DC and Marvel crossovers via Fortnite.

Imagine Batman or Superman using Spiderman’s web-slinger or Spidey imitating the venom emotes in the game! Fans have always wanted to see the Spiderman and Venom combination back on the screen and could relieve this once again through Fortnite.

Spiderman imitating the ‘We Are Venom’, Venom Unleashed, and Neighborly Hang looks extremely real and gives an exciting outlook upon what Tom Holland’s Spiderman would seem like when combined with the Venom symbiote.

Fans will surely miss this friendly neighborhood superhero in Fortnite!

Besides this, Fortnite is also adding weather elements to the game, which will further intensify the gameplay! Fortnite will now have tornadoes and Lightning Storms in the game, which will increase the thrill of playing Battle Royale even further. Fans have already started comparing this feature with Battlefield 2042 and feel Fortnite will definitely do a better job than BF2042.

Nevertheless, it is undeniable that Fortnite had an amazing year or 2021 and fans were satisfied with the plethora of content they have received so far!