The end of 2021 is turning out to be a blast for gamers across the globe. The ongoing free giveaway fest from the Epic Games Store is currently gaining a lot of attention from players who are interested in all things free of cost. Well, a new leak has now seemingly confirmed the rest of the freebies that are yet to be offered from Epic Games.

Epic Games started its mega free giveaway festival in mid-December, and it will run till the end of the year. So far it has offered classic titles such as Shenmue II, Neon Abyss, and Remnant: From the Ashes. But the latest leak has reportedly revealed what else is to come next in the festival.

Control was the last recent game that made its debut among the free titles falling under the giveaway fest of Epic Games. The 2019 award-winning classic came as a big surprise to those who love Remedy Entertainment games.

Meanwhile, after the reveal of Control, there seems to be a new leak containing claims about the upcoming freebies. Although they are yet to be revealed officially by Epic.

Here are the leaked games that may arrive for the remainder of 2021, under Epic Games’ giveaway season:

Coming to the free game for today, which is December 27, it’s going to be Mages of Mystralia. At least that’s what the above-mentioned leak suggests. 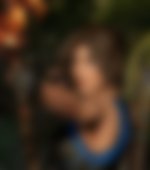 But a great addition is definitely there on the list that will help end the year with a bang. The Tomb Raider trilogy from Square Enix and Crystal Dynamics is a must-play series for the fans of Lara Croft. And if it ends up coming as a freebie from Epic Games, as the leak claims, then it will be a huge delight for the franchise lovers. After all, they will be receiving three titles without paying anything.

What are your thoughts on the new leak regarding the Epic Games’ giveaway festival? Are you excited about all the upcoming titles?

Let us know in the comments section below.

WATCH THIS STORY: Why is GTA San Andreas so Good?