Earlier it was announced that Epic Games and Remedy went into a collaboration to work on a sequel for Alan Wake. Remedy had re-acquired Alan Wake in 2019 and since then there have been rumors suggesting the next Alan Wake title to be connected with the Remedy Universe. This cult classic game is getting a remastered launch in a few weeks for PlayStation, Xbox, and PC. And if leaks are to be believed, Nintendo Switch might also see a release for the remastered version of this game.

This came into light after the game was rated for its Switch version in Brazil. 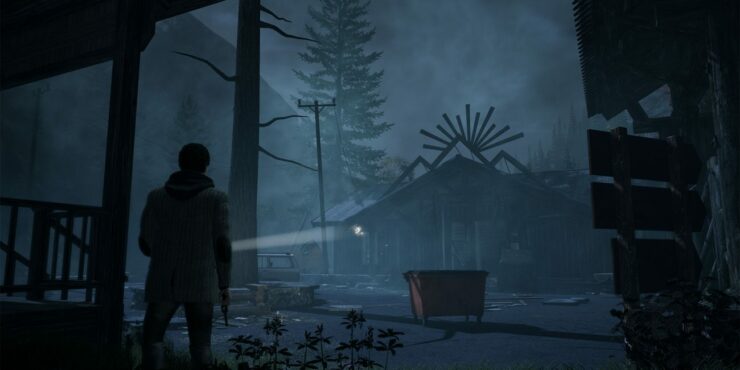 A Brazilian journalist on Twitter spotted that the remastered version of Alan Wake was rated for Switch consoles by the Ministry of Justice in Brazil.

The Switch port will be published by Epic Games. Any other details regarding this are not known as of now, but Nintendo fans are extremely excited to experience this classic game on Switch for the first time.

Remedy officially announced Alan Wake’s Remastered version last month and stated the game would allow players to derive a 4K experience from the game. The game is supposed to release this fall.

Remedy announced last week that the Remastered version will be available with enhanced visuals, and they also said that the game will not support HDR or Ray Tracing.

Speaking about the game, Remedy wrote, “Those of you who are looking to revisit the quaint town of Bright Falls to experience a tale close to your heart, do not fret – Alan Wake Remastered will not alter what’s held dear by so many of you. We know that rewriting history has its consequences, and just like you, we’re not looking to bring the Dark Presence our way prematurely.

“Instead, Alan Wake Remastered brings back what you know and love in an elevated state, to give fans and those new to the tale alike a chance to experience Alan Wake in a new light.”