NFL’s legendary coach and sportscaster, John Madden, is a name you’ve most certainly come across if you’ve heard of football. The Hall of Fame coach, Madden, dedicated his life to football and was often regarded as the football itself. He is undoubtedly one of the greatest to ever grace the sport and helped shape the current state of the game.

Courtesy of his longstanding legacy, his name is synonymous with football as well as its video game version, the Madden NFL series. While the highly praised games have been here for a long time, one question still remains. Is the Madden NFL game named after the Hall of Fame inductee? Here’s everything you need to know and more about the legend and his association with football and EA’s football title.

Electronic Arts’ Madden NFL series is the official game licensed by the National Football League. The title entails lifelike details of the game, offering an innovative experience of the real-life sport on their favorite console.

Interestingly, the game indeed is named after the legendary coach and presenter, John Madden. Formerly, the game was known as John Madden Football until 1994. Following which EA acquired the player and team rights of the NFL, seeing the change in title to its current name.

Madden helped EA with his expertise in football and his constant need for perfection in developing the first of many football games in the critically acclaimed franchise. The first title launched in 1988 after seven years in development and took the market by storm. Since then, gamers have purchased over 130 million copies. 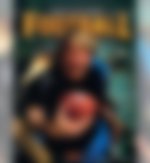 Madden agreed to a deal with the developers in 2005 that allows them to use “his name and likeness in perpetuity” for an amount close to $150 million USD.

What is John Madden famous for?

Much like any legend, Madden was a star football player during his high school years. He even played basketball and baseball for his school. Moving to college in the coming years, he dreamed of playing football in the big leagues, the National Football League. Unfortunately, a knee injury in the pre-season after being drafted ceased his career as a player.

Following the injury incident, Madden completed his education and started coaching college-leaves teams. And the rest is history. The Oakland Raiders’ (now Las Vegas Raiders) title-winning coach managed the team for 10 years with 7 AFC titles and clinched the Super Bowl XI in the 1977 season.

After the end of his coaching era, the man ventured into the field of broadcasting, and he was nothing short of the best. His love and passion for football were highlighted clearly in his commentary. The award-winning broadcaster worked for some of the best, such as Fox Sports and NBC Sports.

What caused the death of John Madden?

Sadly, John Madden passed away late last night at the age of 85. December 28th brings a great deal of sorrow to NFL fans all over the world. And will go down in the history of the National Football League as the most saddening day after the unexpected demise of legend, John Madden.

Today we lost a legend.

Take a look back at Hall of Fame coach and broadcaster John Madden’s iconic career. pic.twitter.com/P6MmCHsWnO

Following his shocking passing away, NFL players, teams, and fans have been left gutted. As the world mourns the loss of Madden remembers Madden, Fox is re-airing his latest documentary “ALL MADDEN” dedicated to his impact on football and unreal achievements.

The 90-minute documentary was released on Christmas day this year. Fortunately, the man was able to re-live his thrilling life once again with the special tribute.

Tanay Grover, an eSports writer for EssentiallySports, is currently pursuing a degree in technology. Before finding his way into the world of eSports, he worked on Social Media management. An enthusiastic soccer player who never played any other game except FIFA, he found his calling when he started playing Valorant and Pokemon GO.
ARTICLES BY AUTHOR