Should Microsoft and Sony Auction Consoles and GPUs to Eliminate Scalpers?

Console resellers and scalpers are a big problem in the US. During crisis and high demand times of the newest launches in the market, scalpers buy consoles in bulk and then resell them at hefty prices after the market gets tight. Sony’s recent PS5 launch faced awful crises for such active scalper business. eBay and StockX are the most favorable websites for the resellers. According to VGC, during the pandemic, scalpers in the US have gained over $58 million by reselling. In fact, over 10% new-gen consoles were resold. This may be one cause that created the crisis at the first place.

John Carmack, founder of ID Software and Armadillo Aerospace, took to Twitter to share a controversial solution for the problem. Carmack suggested console and GPU manufacturers to auction their own products before scalpers get their hands on them. This way, it not only harm profits for the resellers who take advantage of high demanding customers, but also helps the companies in the long term. According to him, Sony, Microsoft and Nvidia should implement this as soon as possible to cut out the intermediates.
DIVE DEEPER

may be moving past that for a lot of products. There would be much indignation at reported prices out of the gate, but removing intermediaries should net out better for consumers in the end.

Alternatives to eliminate scalpers in Xbox, PS5, and other console sales

Phil Spencer, the Head of Xbox a few months back, revealed on a podcast that he, along with Microsoft, is working on newer ways to deliver the products. He specified they thought of giving the customers a chance to pre-order the products by paying a safety deposit. That way, Microsoft will give them a guaranteed delivery date and clients will get updates about the making of the console from the starting. 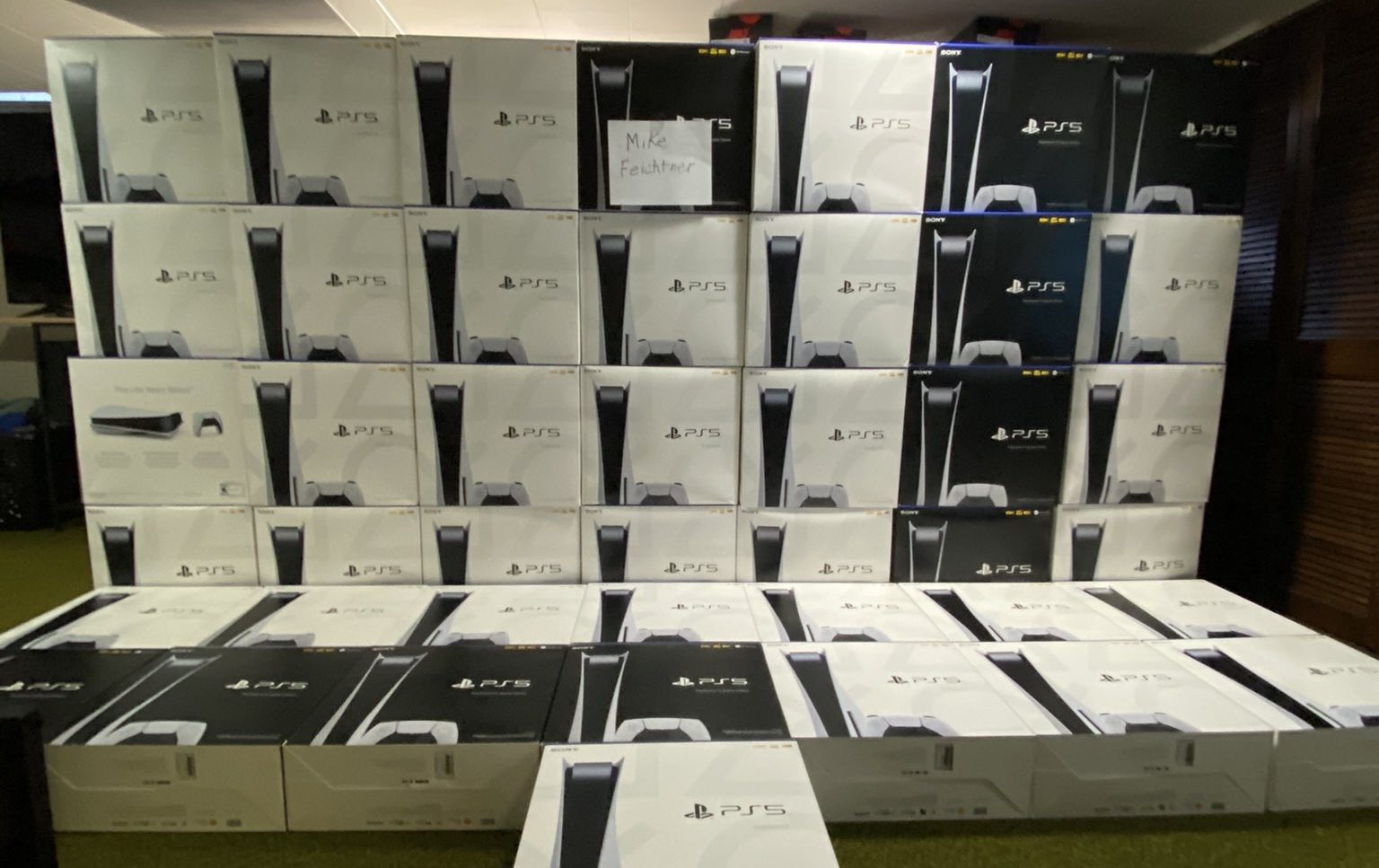 “We want people to feel like there’s some consoles to go buy, and it’s not just the day where everybody gets to go pick up their console. I don’t know if that’s the right decision in today’s world. That’s very old world thinking, people are going to go line up outside of a store, kind of last decade thinking. I think we should challenge ourselves on that. Is that really the supply chain through the consumer that we’re talking about, that is a reality? We talked to our retail partners about this as well.”

Auction Cards and Consoles: Is it practical?

The auction-cards-and-consoles thread is a reminder that many people actively dislike free markets. I take a fairly extreme position on the positive value to society of free markets and free speech, even when they produce distasteful outcomes, but I don't expect broad agreement.

Carmack remarked that the auctions will make some fans angry. However, it will help eliminate the resellers in the long run. At least this way, when the auctioned product reaches fans, it will be higher than the base price, yet less costly than the ones from scalpers. He knows that this is quite an extreme measure, and he does not expect people to agree.

Avoiding bunk purchase and resell of consoles is a rising and new problem with no law as of now. The UK government is discussing making console scalping illegal. Hope that someday soon, fans can purchase their favorite Xbox or PlayStation at a decent price and on the day they want to.