Season 4 Chapter 2 has brought a lot of new things on the Fortnite Island. However, some issues that were present in previous seasons did not see an end, especially regarding streamers and pro players. While there is not much Epic Games can do about it, there is still some hope with specific issues.

One of those issues being of stream snipers. This issue has been extremely disappointing for players as they are clearly at a disadvantage. It is also not fair, as it is considered next to cheating in Fortnite.

Ninja and SypherPK discuss how to tackle stream snipers in Fortnite

Ninja and SypherPK finally decided to confront these stream snipers. In order to combat them, platforms have allowed stream delays. This way, the streamers would have a little advantage over players who are hunting them.

Ninja also mentioned how stream sniping is a massive advantage in games like Valorant. Players have to hide their mini maps and add delays to stream just to throw stream snipers off their scent.

The stream sniper problem has been on the rise ever since streaming, and broadcasting gave it popularity. Most of the time, it is some fan that is trying to ruin a video and make a name for themselves.

On previous occasions, SypherPK has reached out to stream snipers and asked them politely not to do it again. However, that does not ensure that fans and players won’t be up to some fishy business. 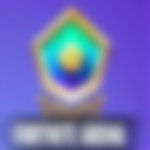 At the same time, the tactical advantage a player has over opponents due to stream sniping is immense. This also happens in professional scrims, as players have reported before.

Recently, the Fortnite community witnessed how ZexRow and his team accused Clix and his team of stream sniping. While this is a growing concern, there really very few ways to actually combat it.

Ninja mentions how anonymous mode or streamer mode is just not enough. Players always find a sneaky way to stream snipe. This needs to be addressed by the game developers themselves.

Otherwise, it is becoming a problem that is taking down the entire community. SypherPK mentions that preemptive measures are important in order to stay safe from stream snipers.

In theory, it might look perfect, but it is nearly impossible to execute. Because of its logistics, a lot has to be figured out before devs can introduce such measures.

Ninja suggests a method where names and tags are checked in every lobby to see if someone is trying to get in twice. The idea is brilliant, although it can be quite an extensive process that just adds to the queue time.

If games had a support system where a team of developers would specifically focus on cheaters and stream snipers, then that would be much more favorable. SypherPK points out how Apex Legends implements this. In all fairness, if Fortnite has the same system, then there is a good chance of stream snipers would be definitely discouraged.