Nintendo Switch just got a massive discount in the US markets for the first time. Different retailers and distributors are now selling the advanced console for $259.99, which shows a significant 13% drop from the original price. 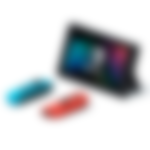 It all started in the UK and European markets before the launch of the OLED version, but there was no update regarding a price drop in the US. The previous price of the console was $300, which is now available at a discount of $20 to $40.

Japanese Giant Nintendo has released quite a few gaming consoles over the years. From its first release of the Nintendo Entertainment unit in 1983 to making the Nintendo Switch, the company has come a long way.

The release of the OLED version of the Switch acted as a cherry on the icing as it allowed the company to make a handsome profit.

Nintendo Switch was released six years back. With an introductory price of $300, the company never discounted the console. It was pretty odd for its fans, as other consoles saw a prize drop in a few years or the same one.

A prime example of this would be the Wii, which got a discount after three years of release, and the Wii U, which went down right after the first year. So, the price drop for the new Nintendo Switch has created a buzz in the markets.

If you’re looking for a handy and eye-catchy investment, you should really go for the Nintendo Switch. The franchise has filled the game library with different games, allowing users to have a combined experience. So, if you are a die-hard fan of Pokemon, Zelda, Minecraft, and Mario, this one is the best option.

Honestly, the console looks tiny, but it is fantastic for a hardcore gaming session. Plus, the $20 price drop is available. So what are you waiting for? Grab it before the offer runs out.

What do you think about this? Are you buying the console, or do you already own it? Let us know in the comments section.

Atharv is an eSports writer at EssentiallySports. Currently pursuing a Master’s degree in Journalism from Mumbai University, Atharv has a keen eye for writing engaging content. He enjoys all kinds of games but thoroughly follows FPS games such as Call of Duty, Apex Legends and Fortnite.
ARTICLES BY AUTHOR