As September draws to a close, heavy discussions regarding next month’s PlayStation Plus games have been taking place. Moreover, evidence from Reddit suggests that October’s free Playstation Plus games include World War 2 shooter Hell Let Loose.

Pre orders are not opened on ps5 but there is a coming soon page, it could be part of ps plus October 2021 pic.twitter.com/lwRsMIgINN

Sony’s online service, Playstation Plus, is a service that players can use to purchase to play their games online. The service also offers a bunch of other perks to players as well. These include discounts for games and free games every month.

With Playstation Plus offering Hitman 2, Predator Hunting Grounds, and Overcooked! All You Can Eat as their exclusives for the PS5 in September, it seems that the popular World War 2 first-person shooter awaits gamers in October. 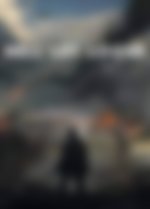 WATCH THIS STORY: The Best Action Games on PlayStation, Xbox, and PC in 2021

The game is already available on PC and has acquired a significant fan following. With Armored warfare and real-time strategy elements, the PC community can’t speak highly enough of the game.

The game is set to release on next-gen consoles and is available for pre-order for the Xbox. However, pre-orders for PlayStation have not opened yet.

While there is no official confirmation yet about the game being a part of October’s PlayStation Plus bundle, Redditors have provided strong claims and evidence of the game arriving in October.

PlayStation has had a history of releasing AAA titles for free for PS Plus members. Iconic hits like Final Fantasy VII Remake, Bloodborne, Uncharted 4, and The Last Of Us have graced the library of PS Plus members. And with Hell Let Loose set to release on the PlayStation 5 on 5th October, it seems only certain that it will be a part of next month’s bundle.

Whether or not these claims are true, gamers don’t have to wait for long as the games will be released by the end of September.

Tanmay is an e-sports writer at Essentially Sports. Pursuing his Bachelor’s in Journalism at Christ University Bangalore, he is passionate about video games and the stories they tell. He has a keen interest in analyzing video games and writing about them.
ARTICLES BY AUTHOR