Players and long-time fans of the iconic desires can’t seem to wait for the release of Grand Theft Auto: The Trilogy – The Definitive Edition. The game, however, will not be just a visual and graphical update.

Even though iconic, there is no denying that the games were riddled with bugs and glitches. The games also had clunky mechanics, which hindered the gameplay experience. Rockstar Games, the minds behind this series have decided to introduce a few more changes to make the gameplay experience more enjoyable this time around.

As per Rockstar games, the remastered version will inculcate “across-the-board upgrades.” The upgrade will incorporate both graphical and gameplay enhancements while still maintaining the original feel of these classic titles. 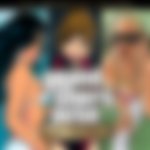 Upgrades for Grand Theft Auto: The Trilogy – The Definitive Edition

The remaster will introduce a plethora of changes. The studio took to its news wire to give fans and players a heads-up about what changes to expect. The new version will have a modern controller layout and will be equipped with a detailed minimap.

The full list of changes that will be seen are:

Enhanced visuals, with improved graphics and fidelity across all three games, including:

Plus platform-specific features, including:

Are you excited about the trilogy? Let us know in the comments below.