MrBeast is one of the most popular content creators in the community. Furthermore, it became the talk of the town after crossing 95 million subscribers on the platform. Interestingly, some of his fans also believe that he may cross the 100 million milestone mark by the end of 2022.

Interestingly, Jimmy is also an anime enthusiast, and his recent tweet reveals his anime interest to his audience. Furthermore, Jimmy’s close friends also joined and replied to his tweet. Continue reading to find out more about Jimmy’s recent tweet.

Hunter X Hunter is one of the most popular animes of all time in the anime community. Unfortunately, the manga has been on hiatus since November 2018. Indeed, because of frequent pauses, several fans became too furious at the manga writer. However, Yoshihiro Togashi created a Twitter account and shared a cheerful announcement with his beloved fans. 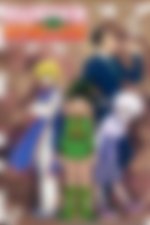 Interestingly, Yoshihiro announced that his Hunter X Hunter manga would return from its current hiatus with four new chapters ‘for now.’ He still hasn’t revealed the release date of these upcoming chapters. However, the news of the return of the iconic was enough to shock several anime fans, including MrBeast.

After watching Yoshihiro’s tweet, Jimmy couldn’t control his excitement and replied, ” YES YES YES YES YES.” Interestingly, his close friend, Karl, also joined in, and his excitement was visible in his tweet. Furthermore, Karl also invited Sapnap to read the upcoming chapters together.

Apart from Jimmy, many fans also left their views about the iconic manga’s return in the comments. One comment read, “No Clue he was a fan of HxH. Btw HxH > AOT.” Indeed, several fans were shocked after learning about Jimmy being a HxH fan. Another fan tweet read, ” wtf I didn’t know all these people knew hxhw.”

Are you excited about the upcoming chapter of Hunter X Hunter manga? Let us know in the comments down below.