Sony’s recent acquisition of former Halo developer Bungie has made a significant impact in the industry. The deal is worth $3.6 billion will bring huge things for the PlayStation maker in the long run.

During its earnings call, Sony recently brought to light some future ambitions regarding its partnership with Bungie. It will be interesting to see the developers of Halo and Destiny using their expertise on future PlayStation projects.

Sony to go “live” with PlayStation after Bungie jumps on board

Following the massive buyout of Bungie, the chief operating officer of Sony, Hiroki Totoki, revealed a lot of plans they have for the future. Specifically speaking with regard to the PlayStation, he mentioned that the new studio under Sony will soon begin working on a fresh IP.

“Our studios will learn from Bungie, that is a strong wish we have the Bungie side is willing to work closely with us.”

Furthermore, Totoki said that his team is looking forward to Bungie adding its experience in the live service category. Which simply means that new PlayStation games may feature more online options, or they might arrive as pure multiplayer IPs.

Meanwhile, fans of Destiny 2 need not worry as Bungie has clarified that cross-platform support will continue for the online title. Plus, another interesting thing to note is that future projects from the developer won’t be just PlayStation exclusive.

Why did the PlayStation company buy Bungie?

In case you are still in doubt over the newly revealed deal, Sony Interactive Entertainment’s president and CEO Jim Ryan gave a clear reason why the company was acquiring Bungie. 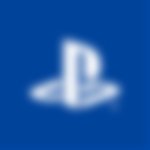 According to Ryan, it’s for the purpose of PlayStation getting a larger userbase across the globe. And also to evolve the overall gaming experience that they build.

As for the PlayStation line-up, 2022 will bring tons of anticipated offerings to the consoles. In fact, this month alone is going to present several heavyweights, such as Dying Light 2, Horizon Forbidden West, and Elden Ring.

Don’t forget God of War: Ragnarok, which is also set to release later this year.

What are your thoughts on the latest partnership between Sony and Bungie? Let us know in the comments.