The stage is all set and the stakes are high for PUBG’s next event; with a million dollars on the line. The tournament kicks off in just over a month and the audience is in for a treat. The PUBG Continental Series 5 will take place across four regions: Asia, Europe, Asia Pacific, and the Americas, starting September 16, 2021.

The PCS5, as the name suggests, will be the fifth tournament of the series. It will be across all four regions; with each region competing for the $250,000 prize money. The 64 squads will fight for precious points of PUBG’s eSports ecosystem to advance to the Global Championship.

The final battle before PGC crashes into APAC, Asia, Europe, and the Americas this September. It's time for the PUBG Continental Series 5! 📣

The regional qualifiers will end by August 29, 2021, and all qualified teams will compete in the grand finals. The Grand Final for each region will have a 3-week event to collect points in order to progress further and will take place in the second half of September.

The schedule for the Regional Grand Finals are:

Watch this Story: The Best Properties You can Buy in GTA V Online

The $250,000 for each region will be split across all three weeks and all the positions on the point table. And as per usual, 30% of PUBG’s proceedings from PCS5 items in-game will be shared directly with the teams. 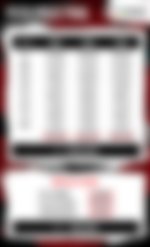 There are also special rewards for players and squads based on individual performances.

PCS5: What’s in it for the viewers

As is the tradition of PCS, the Pick ’em event is here for you. Players will have a chance to collect in-game rewards by predicting the outcome of the regional tournaments. Players will need voting coupons to predict the outcomes, these can be claimed either by just watching the tournament on Twitch or purchasing exclusive in-game theme items.

As the tournament kicks off in a month, who do you think will win in this war of 64 squads battling in 36 matches?