Robert Kubica, the former Williams driver, is currently the reserve driver for the Alfa Romeo. After failing to impress in his comeback in 2019, it was assumed that he may well retire from F1. But Kubica revealed that the 2019 season did not put sway him from a potential return to F1.

Eight years after suffering serious injuries during a race, Kubica made an unexpected comeback to F1. But his 2019 season with Williams was nothing but disappointing. His teammate, George Russell, outperformed him over the course of the entire season.

While in conversation with Autosport, Kubica revealed that he is still looking to race in Formula 1. “My history and my situation of the past years have shown that you can never say never,” said Kubica.

“You should never exclude it. My situation taught me, and probably not only me, that even after a massive accident and a complicated comeback you should never say never.” 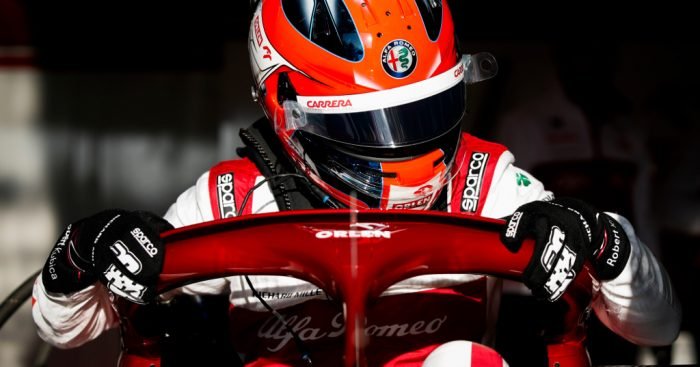 He also mentioned that he is not seeking a drive and is ready to take any chances he gets. “At the same, you have to be realistic about the situation,” said the Pole. “If I get another chance, I will evaluate that opportunity of course. If not, then that’s racing.”

Chance in 2019 Special to Me: Robert Kubica

“For the future, you cannot say ‘no’ as it is difficult to predict. But It will not be the end of the world to me if I won’t another chance in F1.”

Though Kubica is looking to make a comeback into F1 as a full-time driver, it is unlikely that he will get a seat to drive in the near future.