The 2020 F1 calendar is a gift that keeps on giving. Just when fans thought it couldn’t get any better, F1 will return to classic fan-favorite tracks in 2020. Formula 1 officially announced the addition of 3 more circuits to the current F1 calendar.

F1 will go racing in Nürburgring, Imola, and Portimao after completing the Russian Grand Prix in Sochi on September 27. Formula one will race In Germany on October 11, followed by races in Portugal and Italy on October 25 and November 1, respectively.

Unfortunately, these classic circuits return at the cost of F1 not conducting any Grands Prix in the Americas. As a result, no races will be held in the United States, Brazil, Mexico, or Canada.

Additionally, the Imola race will consist of a compressed 2-day race weekend format, with only one practice session to be held.

The three Grands Prix will make up rounds 11-13 of the 2020 F1 calendar, with Imola being a two-day event#EifelGP #PortugueseGP #ImolaGP pic.twitter.com/Hxen8a45g1

Fans were unhappy with the cancellation of the German Grand Prix, with many calling for Hockenheim to be added to the 2020 calendar. Thankfully, F1 will go racing in Germany once again but it won’t be at the Hockenheimring.

The Nürburgring has been the scene of some of the most nail-biting Formula 1 races in the past. The track last hosted an F1 race back in 2013, which Sebastian Vettel won for Red Bull Racing.

How modern F1 cars handle the long and challenging track is sure to make for an exciting spectacle.

Joining the German Grand Prix will be Imola, the track which was synonymous with Ferrari and Michael Schumacher’s dominance.

Formula One held the last San Marino Grand Prix in 2006, which Michael Schumacher fittingly won for Ferrari. Talking about comebacks, Italy will host 3 Formula 1 races! Many believed that the country wouldn’t even be able to host a race Monza because of the Coronavirus. 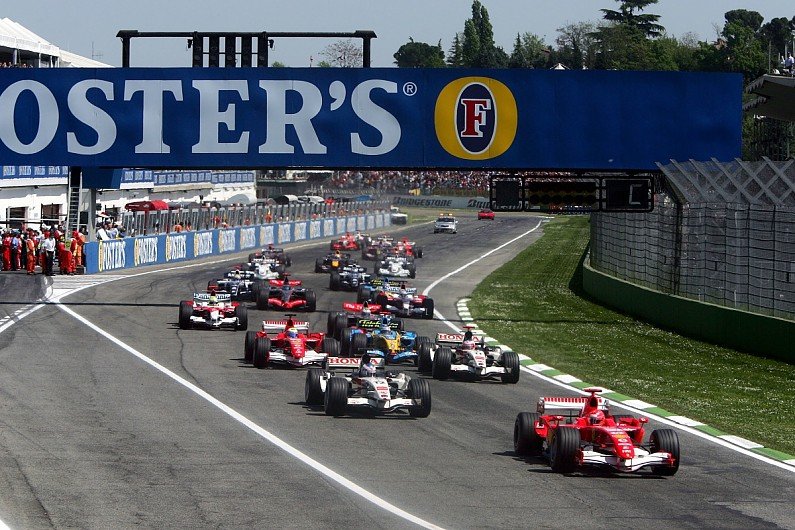 Lastly, Formula 1 returns to Portugal in Portimao to host a race at the Algarve International Circuit. Jacques Villeneuve won the previous Portuguese Grand Prix in Estoril in 1996.

Had the pandemic never thrown the Formula 1 calendar out of gear, we may have never gotten a chance to witness such an unlikely, blockbuster race schedule.

“We want to thank the promoters, the teams, and the FIA for their full support in our efforts to bring our fans exciting racing this season during an unprecedented time.

“We also want to pay tribute to our incredible partners in the Americas and look forward to being back with them next season when they will once again be able to thrill millions of fans around the world,” said Formula 1 Chairman and CEO, Chase Carey.

Abhishek Bharadwaj is an F1 author and content strategist at EssentiallySports. Having joined ES in January 2020, he has over 700 articles to his name. While he was first introduced to the world of F1 in 2006, he started religiously following the sport in 2012 and has had an undying passion for it ever since.
ARTICLES BY AUTHOR