Alex Albon is not on the F1 grid this year, and the former Red Bull driver will most certainly miss racing an F1 car. However, if there is one thing that he might not miss too much, it is the post-race parties.

The Anglo-Thai driver shared a hilarious story of himself at a post-race party last year. Albon revealed that he had gotten himself into a fight with a Sebastian Vettel fan, which in itself is ironic. The four-time world champion certainly wouldn’t approve of his fan’s behavior.

Narrating the incident, Albon said, “We have these organized parties after every race.

“Some guy was a Ferrari fan. He had a Ferrari cap on, he told me he was a huge Sebastian Vettel fan. And I was sitting at his table, just because I was waiting for some drinks and I was tired of standing up. 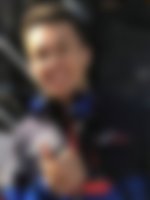 “He starts to get all angry after a while, telling me to leave. But the bar was just right next to us, so I was like ‘yeah just give me a second, I’ll be five minutes.’

So, that ‘fight’ ended pretty well for Albon; the ex-Toro Rosso man most definitely got the last laugh there.

With no F1, what’s in the schedule for Alex Albon?

The Anglo-Thai driver will spend the remainder of the season as a test and reserve driver for Red Bull. However, that doesn’t mean he will have no racing commitments.

In fact, Albon is set to compete in the German touring car series, DTM. He will be driving a Ferrari F154 for the AF Corse team that’ll sport AlphaTauri’s livery.

Many reckon Albon could take the path Paul di Resta took to re-enter F1. However, he has mentioned that his reserve duties will play a bigger role in determining his return to the F1 grid. Either way, his close friend George Russell reckons he’ll be back soon.

Would you like to see Albon get another chance in F1? Let us know in the comments below.