Alfa Romeo has finally unveiled their 2020 car, the C39. After weeks of teasing, the Swiss-based outfit finally took the covers off their 2020 challenger on the first day of F1 winter testing at the Circuit de Barcelona.

The 2020 car stays true to its roots and preserves the familiar livery that was first introduced in 2018. The car borrows heavily from the 2019 livery and has a splash of red and white.

Initial impressions suggest an unchanged nose, with a tapered – more narrow design. Nearly all the teams this year have launched their 2020 cars, with a tweaked nose design. Additionally, the car also has a minor design change to the mirrors. The sidepods look unchanged along with the front wings.

Another major change appears to be at the roll hoop inlet. Alfa Romeo has gone with a triangular-shaped element placed in front of the roll hoop. The 2019 car, featured a square-shaped design.

Alfa initially teased a snakeskin livery but was only used for testing. The team completed a shakedown at the iconic Fiorano Circuit in Italy, before travelling to Barcelona for the official testing.

The 2020 car also features the addition of a new title sponsor in ORLEN, courtesy of Robert Kubica. The Pole earlier signed with Alfa Romeo as a reserve driver for 2020. 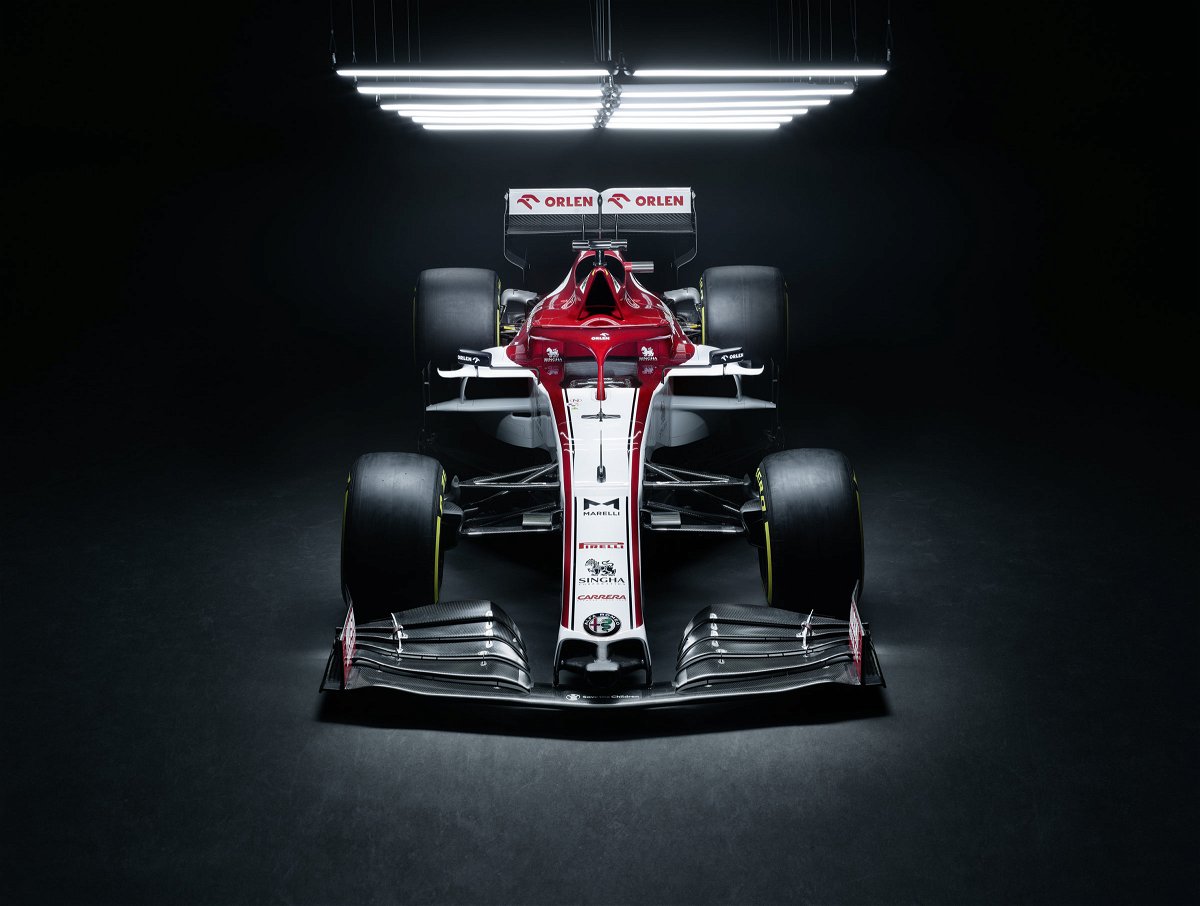 Robert Kubica will test for the team in the morning session, followed by Antonio Giovinazzi for the afternoon session. On the final day of testing during the first phase, Kimi Raikkonen will drive for the team.

The C39 like its predecessors will be powered by a Ferrari engine. The team has invested in major upgrades for car development, particularly in its wind tunnel and simulator.

The Swiss-based outfit didn’t have a memorable campaign in 2019. The team struggled with consistency and failed to repeat 2018’s performance. Alfa Romeo did, however, manage to pick up 4th and 5th places in a chaotic Brazilian Grand Prix. The team will be looking to regain some lost form and mount a stronger challenge in the upcoming season.

With Robert Kubica and Kimi Raikkonen as a part of the team, Alfa Romeo has no shortage of experience.