Following a difficult race, Sebastian Vettel revealed that he was happy to only spin once during the race. The German driver disclosed that he wasn’t happy with the car over the course of the race. Vettel made his frustrations with the car quite clear on the post-race team radio, claiming the car was “very difficult to drive.”

Sebastian Vettel: “I lost the rear a couple of times today”

Unfortunately, Vettel’s season got off to the worst possible start. Ferrari as a team were heading into the race weekend knowing they wouldn’t be challenging for the win. Starting in P11, the 4 times World Champion struggled to make any meaningful progress throughout the race.

With the Ferrari engine having lost its trademarked straight-line speed, Vettel spent the majority of the race stuck behind Racing Point’s Lance Stroll. The German only passed the Canadian when the latter had issues with the car and ultimately retired.

At the safety car restart, Vettel followed the dueling pair of Leclerc and Sainz into turn 3. The German tried squeezing his Ferrari into a gap that was always going to disappear. Vettel locked up, lost control, and ultimately spun around. 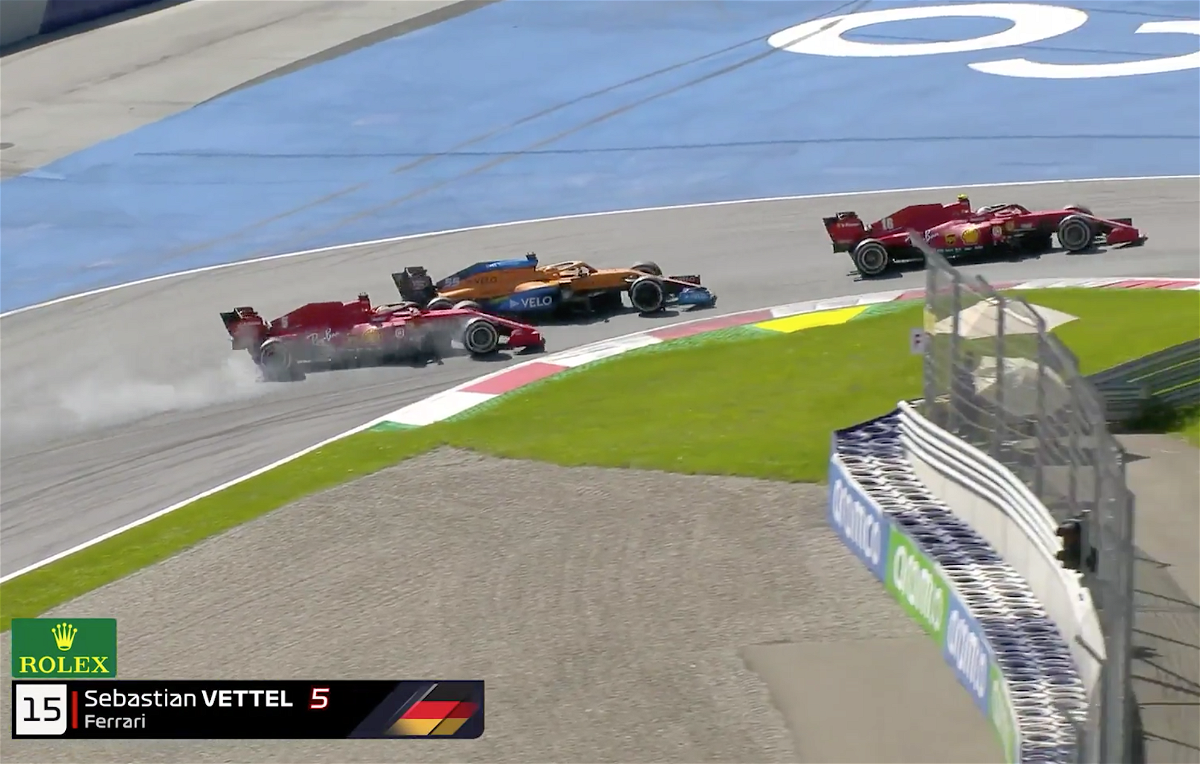 The reckless maneuver relegated the Ferrari driver to the back of the grid. Following multiple retirements and safety car restarts, the German finally finished in P10. While Ferrari wasn’t the fastest car on the grid in pure race pace, the team could’ve made maximum use of others’ misery.

Nevertheless, the German voiced his frustrations on the post-race team radio. Vettel rarely publicly highlights problems on the team radio. It looks like the SF1000 pushed Vettel to his very limits.

In the post-race interview, Vettel considered himself lucky to only spin once. Speaking to Sky F1, the German said:

“Well, to be honest, I’m happy I spun only once.

“So it was very difficult, yeah it got very tight and I think Carlos, I think one of the McLaren’s turned in and I was just on the edge.

“I wanted to be as close as possible and lost the rear.

“To be honest I lost the rear a couple of times today, so, yeah.

Hopefully, Vettel can redeem himself next week, when F1 goes racing around the Red Bull Ring once again.