“She Has it Already”: Tennis Legend Not Obsessed With Serena Williams’ 24th Grand Slam

Young racers are known to take time out of their on-tracks endeavors to indulge in some online gaming. Streaming live videos and banter are common among streamers nowadays. Charles Leclerc and Lando Norris came together and had a light moment between the two of them.

However, after a point, it was too much for the Monegasque to endure, forcing him to take fairly extreme measures. “Muting myself“, he was heard saying.

Leclerc, while playing the game, declared that he’ll win the Belgium Grand Prix if he wins this battle. “If I win this battle, I win in Spa.”

Lando had a witty comeback to shut off Leclerc. “I reckon if Charles was leading up through Eau Rouge on Lap 1, by the time we get to the end of the straight, he will be last,” exclaimed Norris.

. @LandoNorris : "It's funny because it's true. It's nothing against Charles! It got nothing to do with his driving, it's a straight line." pic.twitter.com/gA8NXFRaxn

This was too much for Charles to deal with. He jokingly stated he’s muting himself. To which all had a good laugh. Lando later cleared the air for some more banter to follow.

“It’s funny because it’s true. It’s nothing against Charles! It got nothing to do with his driving, it’s a straight line,” said the Brit. 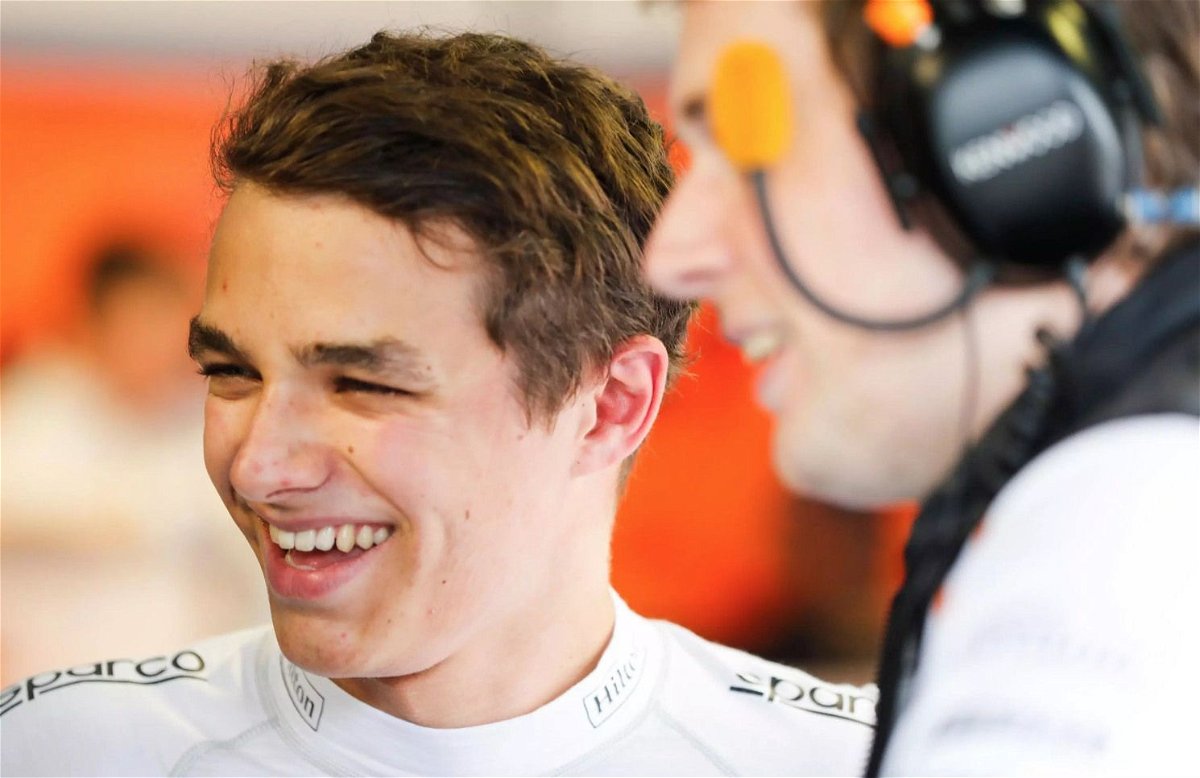 Charles Leclerc wants to repeat his win in Belgium

Charles Leclerc has been a totem for the Maranello-based outfit. Finishing 4th last season, he started off where he had left. He looks great on the track.

Sebastian Vettel, on the other hand, is seemingly going through a rough patch as far as his form is concerned. Leclerc has been the one who’s towing the Prancing Stallion across the checkered flag.

Last year’s Belgium Grand Prix is a memorable win for him. Defeating Lewis Hamilton and Valtteri Bottas, he clinched the first place before going for another win at the Italian Grand Prix.

He would be looking forward to the Belgium Grand Prix hoping to replicate last year’s performance.

Lando Norris is definitely having a better season than last year. However, he is a man with the caliber to run long in the tracks. Hopefully, he finds his rhythm and puts up some good races.