Could Kyle Larson Make His Nascar Return Driving a Ford Car Next Season?

One of Toto Wolff’s more common comments as of late is bringing up drivers’ nationalities as a major selling point for a team. When Ferrari announced Vettel’s exit, Wolff was quick to point out how important his German passport would be for a team like Mercedes.

The Austrian remained open-minded to the prospect of Hulkenberg joining the Brackley-based outfit in the capacity of a reserve driver.

Much like Vettel, Wolff hyped ‘The Hulk’s’ German nationality, calling it an “interesting idea”.

He is a good candidate anyway: Mercedes’ Wolff on Hulkenberg

As things stand, Mercedes is without a usable reserve driver. The team’s contracted drivers- Esteban Gutierrez and Stoffel Vandoorne cannot step in for Hamilton or Bottas due to varying reasons.

Gutierrez’s super license has lapsed and Vandoorne must fulfill his Formula E duties. As a result, there is a genuine void in the German team’s reserve driver department.

However, Hulkenberg is committed to Racing Point for now, which needs a driver to step in for Sergio Perez. Nevertheless, Hulkenberg getting a seat at Mercedes, even in a reserve capacity, is a fantastic development.

“He is a good candidate, anyway. A German driver can always be an interesting idea. Also as a reserve driver. I think we just have to look at the situation globally,” said Wolff, as quoted by Motorsport-total.com.  (as translated by google)

“What do we want to achieve with our driver line-up next year? Can be a candidate.” 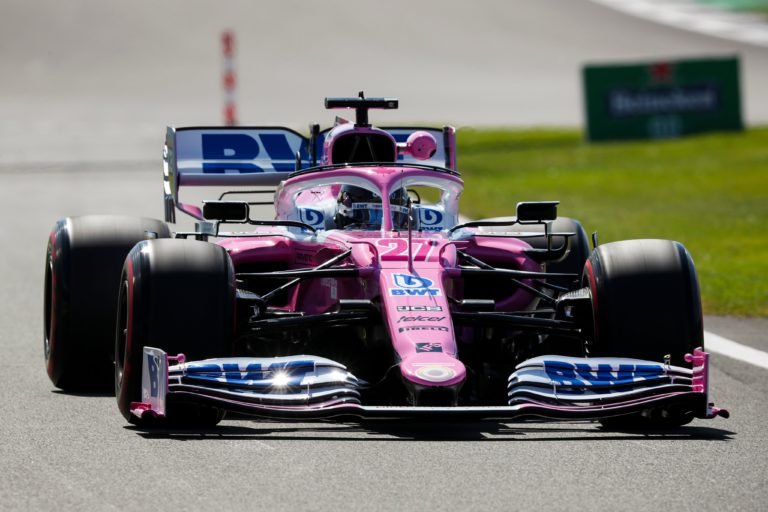 “What he has delivered on Friday was really solid, and what was to be expected on Saturday as part of the positive… I think he sold very well. If you don’t sit in the car for nine months, that’s a very solid performance. I’m sorry he didn’t drive the race.”

There’s a strong chance of Nico getting another shot in the RP20 if Perez doesn’t test negative. Racing Point hasn’t officially confirmed Hulkenberg, but he is the go-to, should Checo remain on the shelf for another race.

F1 returns this week with the 70th anniversary Grand Prix in Silverstone.

WATCH : Lance Stroll is Bumped Out of the Russian Grand Prix By Charles Leclerc