Norman Nato won the Berlin E-Prix on Sunday to bring the 2021 Formula E season to a close. The French driver was faultless throughout the race to win his first race of the season. He received praise from all quarters for his performance, even Ferrari driver Charles Leclerc chimed in to congratulate Nato.

The Ferrari driver took to social media to congratulate his fellow French native on his win. Leclerc, who is currently enjoying his mid-season break, will return to racing at Spa at the end of August.

Mercedes Academy driver Nyck de Vries became the Formula E world champion in 2021. The Dutch finished the Berline E-Prix in P8 after his closest rivals Mitch Evans and Edoardo Mortara crashed out of the race. The incident gave Norman Nato the lead of the race.

Nato avoided further incidents to stay ahead of the pack in a remarkable finale. His mate, Charles Leclerc, posted took to Instagram stories to celebrate his victory.

Leclerc wrote, ” What a drive Norman Nato. Happy for you my little one.” [translates by Google] 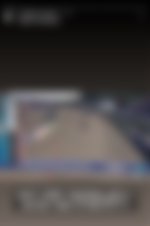 Ferrari driver Charles Leclerc crashed out of the Hungarian Grand Prix after lap one. He was a passenger when Aston Martin driver Lance Stroll lost control rammed and into the side of Leclerc. The crash could have further implications for Ferrari, as they might have to replace the engine.

As reported by ESPN, the Italian team came out to mention that after making some checks on Leclerc’s car they found damage on the engine. “Examination of the number 16 SF21 (car) carried out yesterday in Maranello revealed that on top of this, the engine was irreparably damaged and cannot be used again,” the Italian team said.

“This damage has a financial impact and also racing ramifications, given that over the remaining 12 race weekends this season, it is highly likely the team could be obliged to fit a fourth ICE (engine)… thus incurring grid penalties,” said Ferrari.

A new engine would mean a 10-place grid penalty for Charles Leclerc in coming races. This could prove costly for him amidst their battle for P3 in the constructors’ title with Mclaren.

Can Leclerc avoid a 10-place grid penalty? Let us know.

Devang Chauhan is an F1 author at EssentiallySports. Having completed his graduation in Journalism and Mass Communication, he has a keen eye for writing engaging and detailed articles on F1. Previously a writer for Sport Social's 'Chase Your Sport' Magazine, Devang has been a ardent follower of the sport for over a decade and has attended two editions of the Indian Grand Prix.
ARTICLES BY AUTHOR