Scuderia Ferrari’s Charles Leclerc revealed that he would respect Ferrari’s decision on Sebastian Vettel for 2021. The Monegasque also clarified that his relationship with Vettel was still healthy despite their differences on track. Leclerc hinted at backing the Italian team for its decision over the vacant seat for the upcoming season.

As things stand, Sebastian Vettel is entering his last season with Ferrari. The German hasn’t announced any plans or provided any updates regarding his future with the Scuderia and F1 in general. Ferrari has revealed that Vettel is a frontrunner for the second seat at the team but hasn’t announced the German’s contract officially.

On paper, Vettel and Leclerc look like the most formidable driver line up on the grid. A 4 times World Champion and a rookie that’s frighteningly quick makes for an excellent driver pairing. Sadly, Ferrari simply didn’t have the skills to manage two top drivers simultaneously. 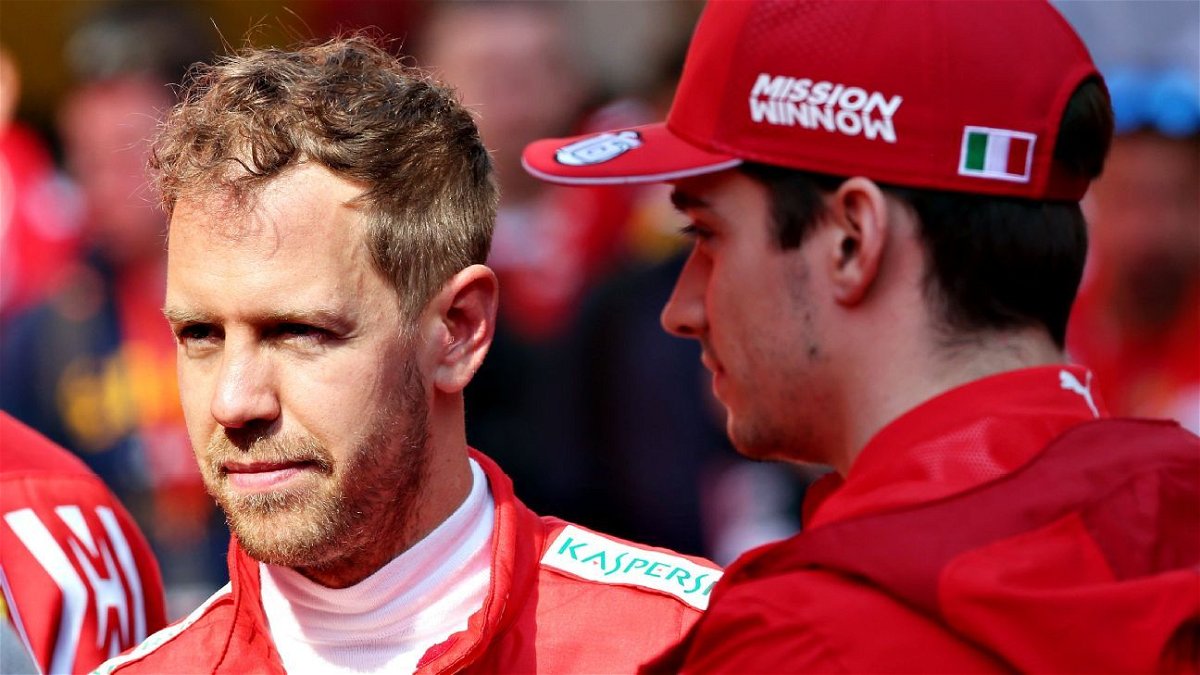 This was apparent last year when the team constantly ordered drivers to hold or swap positions during the race. The team even tried to come up with an ingenious pre-race arrangement that backfired spectacularly. These events left the Italian team with the giant headache and some difficult decisions to make.

In a recent interview, Charles Leclerc clarified that Ferrari’s plans for Vettel wouldn’t change his dynamic with the team. Speaking to RaceFans, Leclerc said:

“but I will respect Ferrari’s decision in case they want to change.”

“But our relationship stayed the same, which I think is a good thing. We are both mature enough to do the separation between what happens on-track and [away from] the track.

Leclerc sympathized with Vettel’s current predicament by relating it to his own situation back in 2018. The Monegasque drove for Sauber for a single season before switching teams.

“I also know his position in a way as [in] my last two years I only had a one-year contract. But I don’t think it will it will destabilise him so much.”