Mclaren driver Lando Norris took a friendly shot at teammate Carlos Sainz regarding the latter’s move to Ferrari. Norris jokingly acknowledged the Spaniard’s move to Ferrari, claiming he was “surprised”.

The Carlos Sainz- Lando Norris bromance is one of the biggest things fans will miss in 2021. However, with Sainz heading to Ferrari, the comical duo won’t be providing us with wholesome content next season.

Sainz and Norris share a special relationship that’s not very common in Formula 1. Teammates aren’t always jovial with each other, but with Lando and Carlos, it’s different. The pair got along like gin and tonic during their first season as teammates.

It was this friendly dynamic between Carlos and Lando, which gave Mclaren a strong lineup. Friends off the track, Lando and Carlos were still competitive when it was time to race.

The perfect balance between rivalry, respect, and friendship is what made the pairing great. Sadly, it’ll be coming to an end after this season. Sainz is switching to Ferrari, with Daniel Ricciardo taking his place. 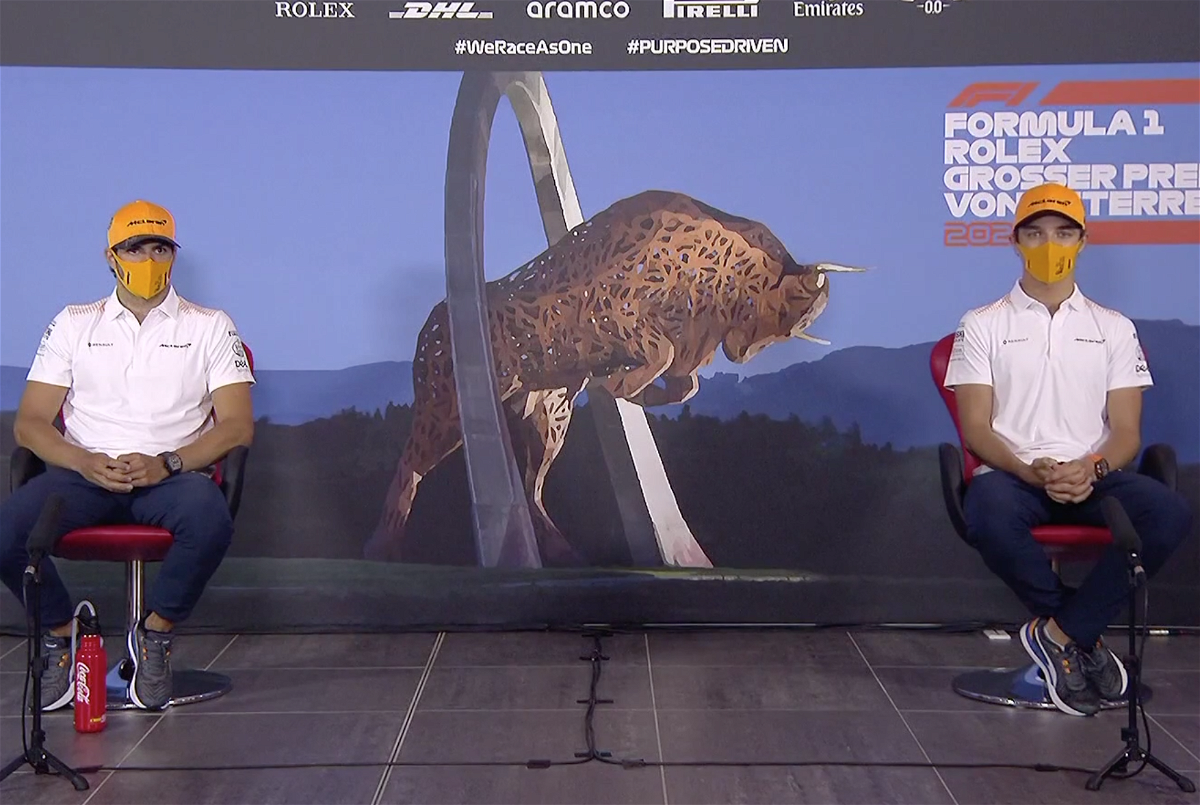 Speaking at the pre-race press conference, Lando reflected on the latest developments.

“very,” said Norris, when asked if he was surprised by Carlos moving to Ferrari in 2021.

“I didn’t think he had what it takes, to be honest” replied Norris cheekily.

“Cause I didn’t think there was going to be any other drivers in the top 3 team moving around at all,”

The British driver believes Sainz deserves the Ferrari drive, given his excellent performances in 2019.